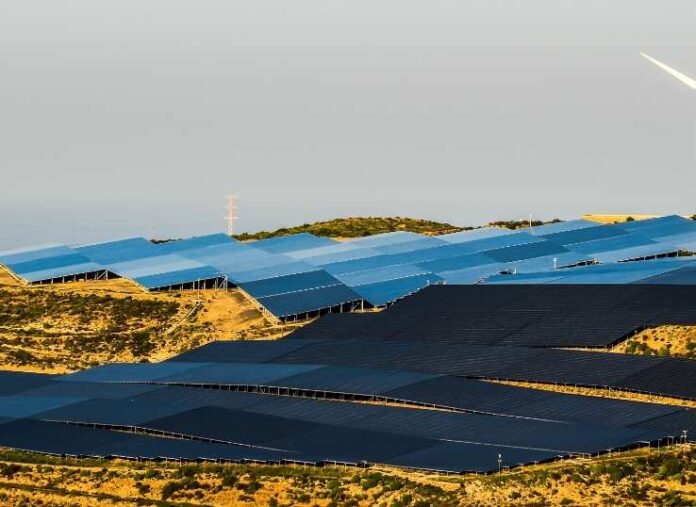 Renewable energy is energy extracted from the earth’s natural resources that are not finite or exhaustible, like wind and sunlight. Renewable energy is an alternative to conventional fossil-fuel-based energy, which claims to be much less environmentally harmful. In this article, I’ll discuss 7 types of renewable energy sources.

Solar energy is derived by absorbing radiant energy from sunlight and transforming it into heat, electricity, or hot water. Through using solar cells, photovoltaic (PV) systems can convert direct sunlight into electricity.

The fact that sunlight is functionally infinite is one of the advantages of solar energy. There is an endless supply of solar energy with the technologies to harvest it, meaning it will make fossil fuels obsolete. It also boosts public health and environmental standards by focusing on solar energy rather than fossil fuels. Solar energy could also remove energy costs in the long run and reduce your energy bills in the short run. Many federal, local, and federal governments often promote solar energy investment by providing rebates or tax credits.

Although solar energy will save your money over the long term, it appears to be a significant upfront cost for most households and is an unrealistic expense. Homeowners will need to provide enough sunlight and room for personal homes to organize their solar panels, limiting who can incorporate this technology realistically at the individual level.

By using turbines and turning them into electricity, wind farms harness the energy of wind flow. There are many types of wind energy conversion systems used, and each differs. Many different companies will power commercial-grade wind-powered generation systems, whereas single-wind turbines help complement pre-existing energy companies. Utility-scale wind farms, which are purchased by arrangement or wholesale, are another type. Wind energy is theoretically a type of solar energy. We call “wind” caused by temperature changes in the atmosphere coupled with the Earth’s rotation and the planet’s geography.

Wind energy is the most important renewable energy source, meaning that it does not pollute the air like other sources of life. Wind energy does not emit carbon dioxide or release any toxic products such as smog, acid rain, or other heat-trapping gases that can cause environmental pollution or affect human health. Investment in wind energy technology can also open up new employment and job training opportunities, as farm turbines need to be serviced and maintained to keep working.

Since wind farms prefer to be installed in rural or remote areas, they are typically far from busy cities that require the most energy. It is essential to transport wind energy through transition lines, leading to higher costs. Although wind turbines generate minimal pollution, some cities oppose them because they dominate skylines and generate noise. Wind turbines also endanger local wildlife, such as birds, often killed while flying by hitting the turbine’s arms.

When it comes to hydroelectric power, dams are what people most identify with. Water flows to generate electricity, known as pumped-storage hydropower, through the dam’s turbines. Instead of powering it through a dam, run-of-river hydropower utilizes a canal to funnel water through it.

Most hydroelectricity plants in the United States use more energy than they can create for consumption. To pump water, storage facilities can need to use fossil fuel. While hydroelectric power does not pollute the air, it disrupts rivers for many fish and other freshwater habitats. It adversely affects the animals that live in them, influencing water levels, tides, and migration routes.

Geothermal energy was heat from the Planet’s formation of the planet about 4.5 billion years ago and radioactive decay under the earth’s crust. Often, inevitably, not all at once, massive quantities of this heat escapes, resulting in familiar phenomena, such as volcanic eruptions and geysers. Using steam that comes from the heated water pump below the surface, which then rises to the top and can be used to drive a turbine, this heat can be collected and used to generate geothermal energy.

Geothermal energy is not as widespread as other forms of renewable energy sources, but it has substantial energy supply potential. It leaves a minimal footprint on land as it can be constructed underground. Naturally, geothermal energy is replenished and is thus not at risk of depletion (on a human timescale).

When it comes to geothermal energy drawbacks, cost plays a significant part. Not only is it expensive to develop infrastructure, but its susceptibility to earthquakes in some parts of the world is another big concern.

The ocean can provide two energy types: thermal and mechanical. To produce energy through several different processes, ocean thermal energy relies on warm water surface temperatures. The ocean’s mechanical energy uses the ebbs and flows of the tides to produce energy generated by the rotation and gravity of the earth from the moon.

Wave energy is predictable, unlike other renewable energy sources, and it is easy to estimate the amount of energy that will be generated. Instead of depending on different variables, such as wind and sun, wave power is far more stable. This form of renewable energy is also plentiful. The most populous cities tend to be close to the oceans and harbors, making it easier for the local population to harness this energy. An incredible as yet untapped energy resource with an approximate capacity to generate 2640 TWh/yr is the potential of wave energy. Just 1 TWh/year of electricity will power about 93,850 average U.S. households with electricity annually or about twice the number of homes that currently exist in the U.S.

Wave energy undoubtedly helps those who live near the ocean, but those who live in existing systems may not have ready access to this energy. Another downside to ocean energy is that the many fragile habitats of the ocean can be disrupted. Since it is an excellent energy source, to help capture this type of energy, massive machinery has to be installed nearby, which can cause disruptions to the ocean floor and the sea life that houses it. Another aspect to consider is the weather, which affects the waves’ consistency when rough weather happens, thereby generating lower energy production compared to regular waves without stormy weather.

To produce water, hydrogen must be mixed with other elements such as oxygen, as it does not exist naturally as a gas on its own. It can be used for both fuel and power when hydrogen is isolated from another element.

It is possible to use hydrogen as a renewable fuel that burns, leading to fewer emissions and a safer climate. It may also be used for battery-like fuel cells and can be used to power an electric motor.

Since hydrogen needs to generate energy, it is ineffective when it comes to pollution prevention.

Bioenergy is biomass-derived renewable energy. Biomass is organic matter that comes from plants and animals that have recently been formed. An instance of biomass that most people are familiar with is using wood in your fireplace.

Through the use of biomass, there are different methods used to produce electricity. This can be achieved by burning biomass or harnessing methane gas generated in ponds or even landfills by the natural decomposition of organic materials.

In energy production, the use of biomass releases carbon dioxide that is released into the air. Still, plant regeneration absorbs the same quantity of carbon dioxide used to create a healthy atmosphere. In our everyday lives, biomass can be used in various ways, not just for personal use but also for companies. Biomass energy made up about 5 percent of the overall energy used in the U.S. in 2017. The energy came from biomass, biofuels such as ethanol, and methane-generated energy from landfills or municipal waste burning.

Although carbon dioxide is needed for new plants to grow, plants take time to grow. We also do not yet have mainstream technologies that can use fossil fuels instead of biomass.

Renewable Energy Sources: What Can We Do?

You can adopt one of these types of renewable energy. You have many chances as a customer to improve the atmosphere by selecting a greener energy solution. You have the option of installing solar panels in your home if you’re a homeowner. With a cleaner, more eco-friendly energy option that doesn’t rely on resources that harm the environment, solar panels not only minimize your energy costs but also boost your quality of living. There are also solutions provided by the energy providers for a greener way of life. Just Energy enables customers to select alternatives for renewable energy that help them reduce their energy offset footprint. To lower your impact today, add JustGreen to your electricity or natural gas plan!