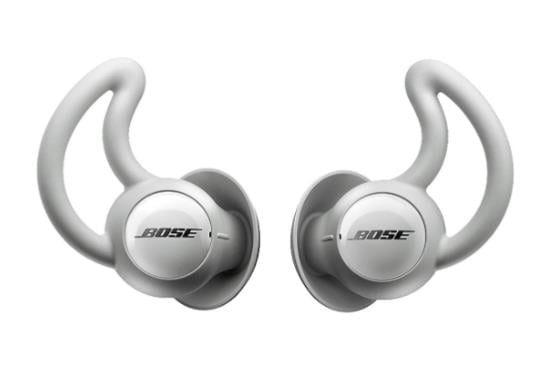 Bose Sleepbuds will be discontinued, the $250 earbuds designed to be put on while asleep to help block out unwanted noise and disturbances. Customers are being promised a full refund and can Return the product until December 31st.

Bose has published a notice for the wireless Sleepbuds on its website. The company recounts its Indiegogo campaign, development, and all the commercial release. The company’s general manager John Roselli said, “We knew we were attempting to do something that had never been done before.

But there was no doubt in our minds – it would be worth it because we wanted to help you. And for many of you, we have. You’ve told us that Sleepbuds have allowed you to get your first good night’s rest in years and that you can’t imagine ending the day without them.”

Roselli also acknowledges that some customers “have had a far different experience,” with contradictory battery life, the Sleepbuds fails to fully charge, as well as random shutdowns.

“We have heard you, read your posts and documented all of your calls. We’ve torn down returned products you’ve sent us and replaced them with new ones, sometimes more than once. We’ve also relentlessly researched the root cause with a team dedicated to nothing else”.

The company was confident it could solve the problems through firmware and software updates. However, it did not work, and the complications continued. Bose said failures reports had spiked even higher lately.

So the company took yet another look, and now it’s blaming these Sleepbuds woes on the battery that powers them. “We learned that while the battery we chose functions safely, it doesn’t work as consistently or predictably as it should to meet our standards,” wrote Roselli.

Sleepbuds is one of the unique products ever released by Bose, and now it will be discontinued. The company is also vehemently apologizing to customers who got a chance on something new product from a company recognized for its noise-canceling headphones.

In an official statement by the company, “Finally, for more than 50 years, we’ve conducted extensive research to do things that no one ever thought possible. Each time, we did it to make your life better. When we’ve challenged convention,

we haven’t always succeeded. Sometimes we’ve stumbled. Sometimes, despite our diligence, things have gone wrong. And by far, our worst days are when that’s impacted you. Nothing else comes close.

We’re sorry for disappointing you, and we’re sorry for not communicating more clearly along the way. We had good intentions, but unless that makes a difference to you, it’s not enough”.

There is absolutely no risk in using Bose Sleepbuds, and customers are free to keep theirs if they so choose. The company is also ready to exchange faulty units for a new revision that’s less vulnerable to inconsistent battery behavior.

Bose said it has a sufficient amount of replacement units available for them to last into early 2020. But if a customer wishes for a refund, the company will accommodate. Visit this link for more info.

Bose is still trying to develop a unique product to help people, “We remain committed to developing innovative solutions to help the millions of people who struggle to fall asleep and stay asleep.”