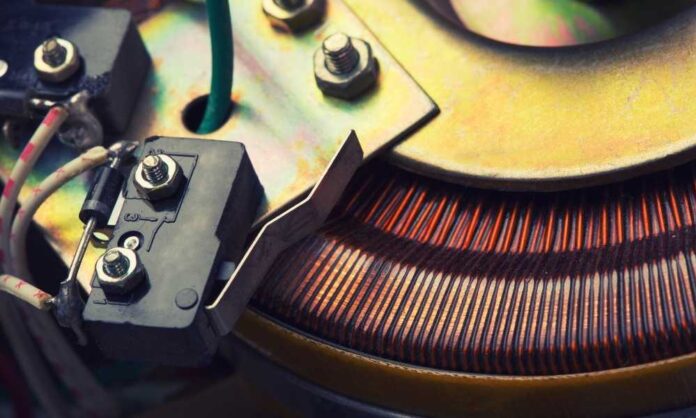 With demand for fossil fuels predicted to peak by the end of the decade and the acceleration of renewable energy deployment, what are the leading Energy Transformation Technologies to watch in 2021?

Vital market dynamics are driving the acceleration of the energy transition. While energy usage may have decreased during the pandemic, according to Filippo Gaddo, Head of Energy Economics at Arup, electricity demand will rebound this year, despite the current lockdowns. A growing amount of this should be generated in a renewable way.

Renewable energy will continue to add more than 200 GW of capacity worldwide over 2021, with solar still including the most, but wind contributing to the most aggressive growth in electricity generated and investment. The cost would help push the virtuous cycle required to scale up renewable energy in an integrated manner. It is expected that the price of renewable energy will continue to fall. “Starting in 2021, we expect solar PV [photovoltaic] and onshore wind costs to fall by an additional 30 percent by 2030 and offshore wind by an additional 50 percent,” says Diego Díaz Pilas, Head of New Projects and Technology Prospects at Iberdrola.

The renewable energy market has an immense amount of creativity and investment. Cutting device costs, deepening the understanding of integrating energy sources, the role of renewable energy in overall sustainability, and, of course, hydrogen is the areas that draw the most excitement. Many of the developments and progress would influence each other, but the public and private sectors need the proper support and dedication.

Pieter Schaffels, head of global media relations at DNV GL – Energy, says: “We urgently need governments worldwide to commit to post-pandemic economic stimulus packages that will accelerate the adoption of low-carbon or zero-carbon solutions. From cheap renewable capital and energy storage projects to significant investment in power systems to allow renewables and energy integration.” Project delays due to supply chain instability and lender concerns are possibilities despite optimistic economic support signals from governments.

The mainstream oil industry also realizes that it has to plan for a changed future. Due to the market risk related to climate change, SP&P Global Ratings recently put oil firms, including Exxon Mobil and Royal Dutch Shell, on a negative watch. Tony Hodgson, Europe and Africa’s regional strategic sales manager at Fugro, predicts that a significant oil firm will change its business model to renewables in 2021.

He says: “Globally when it comes to renewable energy sources, we have now reached a tipping point.” With the rise in market demand, resisting green energy is futile and destructive business practice.

“Governments around the world have made significant commitments to sustainability and a green agenda this [past] year. As 2020 provided the impetus for a cultural reset, these policies will influence real-world practices in 2021.

In 2021, there are several fields of technology that will have a significant effect. Many of them are intertwined, and in the future, we will discuss all of them in greater depth. However, for the moment, these are the developments guiding the energy market’s transformation in 2021.

IHS Markit has forecast that after volatile demand in 2020, annual solar installations are expected to rise by over 30% in 2021. There are high hopes for perovskite, given recent efficiency breakthroughs, but it may take some time before it is wholly marketed. Floating solar growth is one to watch as it helps solar escape the debate on land/energy. Still, it is sectoral integration where it is likely to be the most significant focus, particularly concerning agrivoltaics.

Turbine size will continue to expand, and floating wind will open up new regions (up to 10x current availability) for offshore growth, with the first commercial auction of floating capacity expected this year. As the industry investigates how to recycle blades, sustainability will be a key priority with the introduction of an Orsted run consortium to look at recycling through the supply chain.

Shell has just announced a majority stake in the Emerald floating wind project in the Celtic Sea. There is an awareness that offshore wind is a successful transition option for the oil and gas industry. According to IHS Markit, total offshore wind is set for another bumper year, almost doubling the deployed capacity to 10GW.

The demand is expected to be powered by dropping lithium battery prices, sectoral convergence (as with solar storage), green hydrogen development, and the continued roll-out of giga-factories. “Investment in large-scale battery storage sites will naturally follow in order to complement the growth in wind and solar energy production,” says Chris Holmes, co-lead investment advisor to the John Laing Environmental Fund. Storage will be transformative in value-stacking, where storage offers the opportunity to provide multiple energy resources simultaneously, from frequency control.

Check out: What Is The Future Of HR Technology

There have been several cycles of popularity in the hydrogen industry, but many experts believe this time will be different and expect significant changes. The recent achievements of solar PV, wind, batteries and electric vehicle adoption show that we are ready for the next level, whether that is the 10-point hydrogen initiative of the United Kingdom.

Andreas Schierenbeck, Chief Executive Officer of Uniper and a member of the newly created German National Hydrogen Council, says: “Green hydrogen is the source of renewable energy to be seen in 2021, as the EU and many other countries around the world are pumping up investment in the burgeoning sector.” It is seen as a pivotal way to speed up decarbonization efforts, particularly in hard-to-do sectors where electrification is not feasible, such as heavy industry, chemicals, and transport.

As part of the global energy mix, this would further embed hydrogen. There is a general feeling in the industry that the revival of interest in hydrogen feels different this time. That said, the majority of hydrogen today is focused on fossil fuels, so amid the litany of green hydrogen announcements, we have to beware of greenwash.

Carbon capture is vital to many proposals for a net-zero future, and governments are reviving construction plans. The Government has does include CCS in its Green 10 Point Plan in the United Kingdom and confirmed its targets of running at least one CCUS (carbon capture use and storage) project by 2030. Meanwhile, Elon Musk recently launched a $100 million competition to explore the best carbon capture technologies in the US.

There has been considerable push-back from the environmental community, as most current CCS approaches levied high energy and carbon penalties for building and implementation. For many, it seems as if solutions based on design are likely to prove more successful. Nevertheless, supporters argue that CCS/CCSU is the only way emissions-intensive industries such as steel and cement will survive in a low-carbon future. There is strong potential for combining carbon storage with usage, and we will pursue that in the future.

The need for adequate infrastructure development is essential to creating a robust, scalable, and sustainable grid. However, suppose the dream of smart, clean cities is to be realized. In that case, we need more efficient security systems, control, automation, and communication, not just to handle the grid itself but all the various devices connected to it.

There is a lot to play for a rise in digital twins’ use to model energy use and management. LG Solar’s Brian Lynch says he expects to see growth in solar and energy storage system (ESS) asset aggregation linked by software to provide the right power in front of and behind the meter at the right times. He says, “In terms of technological breakthroughs, it will be quality over the lowest cost, technology stack vertical integration-ESS, software, DERMs[distributed energy resource management systems]-which will lead to baseload power and dispatchable solar power.”

As the grid gets more competent, the need for AI solutions to handle operations’ complexity will increase. This will encourage greener processes to incorporate predictive solar and wind array maintenance. It could also play an essential role in the corporate energy market, helping businesses minimize their energy usage and even encourage emissions reductions by managing a dynamic network of energy sources. This will help not only intelligent cost control but also the carbon profile of energy sources as well.

“Ron Beck, Director of Energy Industry at AspenTech, says he expects to see AI in the next 12 months. Compensate for capability shortages, allow safe and efficient operations in the face of increased technological complexity, and learn from asset data to accelerate the maturity of new energy technology.