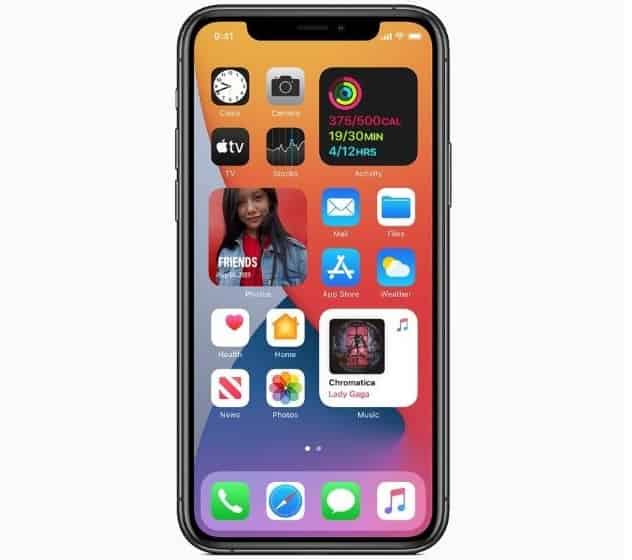 Apple is reshaping the iPhone experience with iOS 14 and offering a new way to customize the home screen and explore and use apps with its new iOS 14 App Clips to connect with messages. There’s also a new App Library, App Clips, Messaging features, and the facility to unlock your car with your mobile device.

Apple today previewed iOS 14, introducing the most significant update ever to Home Screen pages with beautifully redesigned widgets and the App Library, a new way to tap into the App Store with App Clips, essential updates to Messages, and more.

The company launched iOS 14 during an online-only keynote for the annual Apple Worldwide Developer Conference Monday. The new iPhone OS is a follow-up to last year’s iOS 13, which got off to a strong start at its launch with multiple os updates. The iOS 14 preview includes a massive iPhone home screen overhaul, picture-in-picture video, improved widgets, a new way of quickly organizing your apps called the App Library and a new Siri interface. Those apps come with a new Translation app, the ability to unlock your car with your iPhone, and a Back Tap accessibility feature that allows you to tap your iPhone’s back to take a screenshot, scroll, and more.

The new widgets display information promptly at a glance and can be pinioned on any home screen page in various sizes. You can create a Smart Widget Stack, which uses on-device intelligence depending on time, location, and activity to surface the right widget.

The key new features in iOS 14 concentrate primarily on the home screen, Today View and alerts. The basic definition of an application is evolving. Since iOS 14, there were applications and widgets available on the Today View tab, based on your installed apps. Now, there is a third form called App Clips for the functionality of an app you don’t have when you need to.

Home Screen sections can showcase customized widgets for work, sports, travel, entertainment, and other topics of interest. The App Library is at the end of the Home Screen section, a massive facility that automatically organizes all of your apps into one simplified, easy-to-navigate experience and smartly surfaces applications that may be effective at the moment. You can choose many Home Screen pages to display and disable pages to access the App Library quickly.

A developer version of iOS 14 is available online for download, with a beta release launch in July. A full version of iOS 14 will be available this Fall, probably along with the widely reported iPhone 12, the first new iPhone since the iPhone SE was introduced in April. iOS 14 performs on all iPhones supported in iOS 13 — iPhone 6S and is more modern in particular.

A new approach for Discovering and Using App Clips

An App Clip is a specific feature of an “app experience” programmed to be explored when needed. App Clips are connected to a particular business or service and trigger in seconds to accomplish a specific job, such as buying a coffee, renting a scooter, or filling a parking meter. People can be reached quickly and accessed via scanning a new Apple-designed App Clip code, one or through QR codes and NFC tags, or shared in texts or Safari, all with the privacy and security anticipated from apps.

Setup the app to be your primary browser and email

With iOS 14, you could set a third-party app as the standard email or system-wide web app. It ensures that the Gmail app will be your default mail client, or Firefox on your computer would be your default internet browser. For years this feature has been prevalent among iPhone users.

Messages are essential to communicating with friends and family, and it is now easier to remain linked and view important messages instantly. You can put discussions at the top of the priority list of messages. By adding a picture group with an image or a Memoji, you can easily keep up with vibrant community threads via comments and inline responses. New emoji choices in Messages with alternate hairstyles, headwear, face coverings, and more are now more versatile and varied.

The new app can translate text or dictation. The Google Translate app is comparable. The Translate application for iOS 14 uses the Neural Engine on an iPhone, ensuring that you wouldn’t have to be online for communication and protected information.

Siri can activate the app, and the app can identify languages automatically. There is a reliable chat mode, which is disabled when your iPhone is rotated in the landscape. Almost every side of the screen displays the other person’s translation, making it easy to understand a conversation.

Maps allow navigating and experimenting with new electric vehicles, cycle tracks, and moderated guides simpler than ever before. Cycling paths consider how high, how busy is a road and if the way is stairs. Electric car routing provides additional charge stops along a planned route based on actual vehicle fees, and charger types2 Guides offer a revised list of places of interest in the city created from an array of trusted assets.

IOS 14 now reduces the Siri app; incoming calls won’t take up the whole iPhone screen. Alternatively, apps that can take calls can have a window at the top of the screen with the petite alert.

Both apps will now need to get user consent until track.3 Later this year, the website of the App Store will include descriptions of self-reported privacy practices by developers, presented in a convenient, convenient-to-understand format. Furthermore, users can update existing accounts to Sign in with Apple and share their approximate location with app developers instead of their exact location; when giving access to a device location and gain even greater flexibility in the microphone and camera use of a device.

The iOS 14 prerelease version is released for the Apple Developer Program participants at “developer.apple.com”, and a beta version will be issued for iOS devices at “beta.apple.com” the next month. New software features will be present for the iPhone 6s and later this Fall as a free software official release. See “apple.com/ios/ios-14-preview” for more details. Settings are subject to alteration. There may not be certain features available in all regions and all languages.