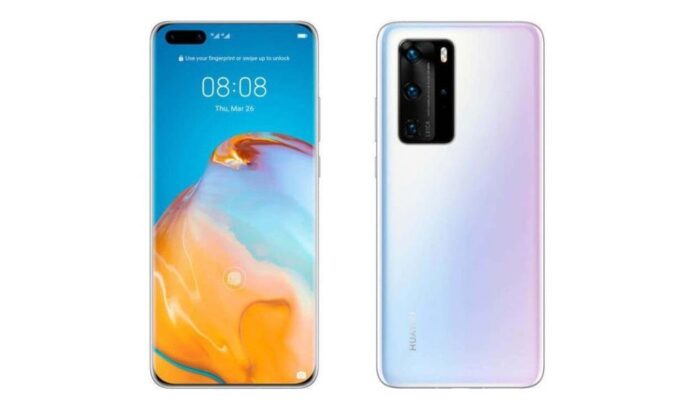 Huawei will launch its P40 series of flagship smartphones in March next year. Richard Yu, CEO of Huawei Technologies Consumer Business Group, has announced that the Huawei P40 series mobile phones will go official in March 2020.

And even if he didn’t get into the mobile phone details, launching in the past indicates that the Huawei P40 and Huawei P40 Pro are underway. Android 10 was also confirmed by Huawei P40 series phones; however, through the ban levied by the US government, it does not operate Google apps and services. Because of the US government’s prohibition.

“Richard Yu” officially announced, in an interview with the French press, that Huawei P40, the series telephones, will go official in March. Huawei’s executive also pointed to a stunning new design in the Huawei P40 series and enhanced imaging and performance experience compared with its predecessors, the Huawei P30 and Huawei P30 Pro. A Huawei P40 Lite could also be launched, allegedly a Chinese smartphone manufacturer’s rebranded version of Huawei Nova 6 SE.

Mr. Yu also said that Android 10 with the EMUI custom skin on its handsets and Huawei Mobile Services (HMS) core on board would run on the Huawei P40 series. The latter is Huawei’s apparent solution to Google‘s core of Mobile Services (GMS), which means Google’s apps and services such as Chrome, Google Maps, Gmail, YouTube, Google Photos, and Google Play Services won’t have the Huawei P40 series handsets.

Whereas the Smartphone market is familiar with this, consumers in other markets will find that using an Android phone is highly restricting without Google apps and services.

But for Huawei, that’s not a first. The new flagship of the firm, Huawei Mate 30 Pro, was launched in China but was not widely distributed on the international markets, but without Google apps and services. Huawei invests hundreds of millions of dollars to create an app ecosystem for developers and the HMS core before Harmony OS is ready as an Android alternative within the HMS.