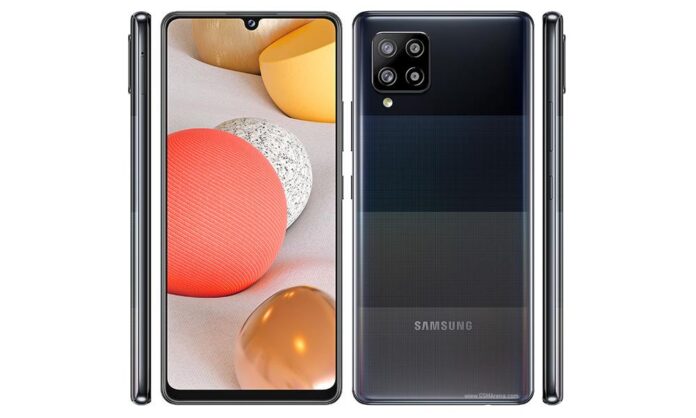 A list on China’s 3C website states that the Samsung Galaxy A42 may come with a 4200 mAh battery. The mobile phone is said to be the first budget smartphone by the company with a 5G connectivity option and could be launched next year. Now, the Galaxy A42 has reportedly stepped up to the certification site with a hint of a 5,000 mAh battery. The smartphone is expected to have model# SM-A426B, and its battery with model# EB-BA426ABY is listed on the certification site with 4,860mAh.

The battery with model EB-Ba426ABY has a capacity of 4,860 mAh, suggesting that the final battery size will be a lithium-ion battery of 5,000 mAh, according to a report published by 91Mobile on the Chinese 3C site. There is no other detail available about the new smartphone. Since the model number matches with the rumored model number of the Galaxy A42, a 5000mAh battery is supposed to be fitted in the device.

The initial news about the Samsung Galaxy A42 came in late June that the mobile phone has an SM-A426B model, with internal storage 128GB capacity, and is expected to be announced next year. The newest list now indicates only battery power.

The smartphone will be the successor of the Samsung Galaxy A41, which debuted with a 3,500mAh battery in March. This big leap is battery power because of the 5G connectivity support for the Galaxy A42. This may also mean that the smartphone has a comparatively thicker form factor. However, Samsung has begun advertising 6,000mAh batteries in their smartphones, so this move to a 5,000mAh one could be due to space restrictions.

The company has not shared any information about the availability of the Samsung Galaxy A42 or its battery power till now.

As for the Galaxy A series of 2021, and the Galaxy A42 5 G in particular, is still early days. The new Galaxy A series android phones will take cover until at least at the end of this year because things could change. One thing is sure; however, Samsung will keep knocking down the entry barrier of 5G.