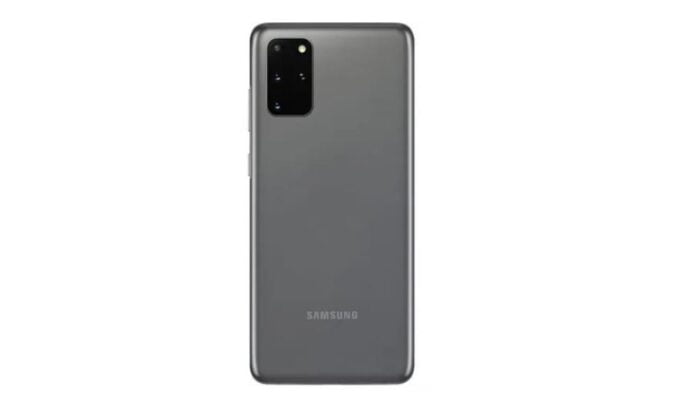 Samsung Galaxy S20 series is expected to make its debut at next week’s Galaxy Unpacked event in San Francisco, California. But the rumor mill has trotted out further details of the expected lineup, which is intended to include the Galaxy S20, Galaxy S20+, and Galaxy S20 Ultra, ahead of the official launch. In the series, the Galaxy S20 is said to capture images simultaneously using all the rear camera sensors to let users decide which sensor they want to pick to store their memories. A light sensitivity-focused “Super ISO” feature has also been spotted separately on a trademark application which could form part of the Samsung Galaxy S20 models. In addition, the Galaxy S20 model Geekbench lists have surfaced with Qualcomm Snapdragon 865 SoC.

Max Weinbach of XDA Developers stated the Samsung Galaxy S20 would come preloaded with a feature called Quick Take, allowing the device to take images simultaneously using all three built-in rear camera sensors. In essence, the feature would capture three images simultaneously to allow users to decide which one they want to keep— depending on the details of clarity and light. This sounds similar to the Live Focus feature already present on the Galaxy phones allowing users to distinguish between the bokeh shot and normal photos.

The creation of the Super ISO feature that would allow users to take improved night shots has been proposed separately by a trademark application listed with the UK Intellectual Property Office with the number UK00003462560. The ISO level is usually part of the manual mode and is programmed to change the camera’s light sensitivity. Samsung may, however, use its patented approach to produce distinct outcomes from what is usually available.

A reporter named Ice Universe has confirmed that a part of the Galaxy S20 series would be the Super ISO function. Samsung may provide the feature through a software update for its earlier flagships, at least the Galaxy S10.

Geekbench seems to have mentioned both the Samsung Galaxy S20 series American and South Korean models. The letter “N” usually denotes the South Korean models, while the US models bear the acronym “U” alongside their model numbers.

It seems that the Samsung Galaxy S20, Galaxy S20+, and Galaxy Z Flip have received model numbers SM-F700F, SM-G980F, and SM-G985F, respectively, from the National Telecommunications Commission of Thailand (NBTC). The official NBTC page shows the new models catalog. The Thai regulator has no guide for the Galaxy S20 Ultra, however. It may shortly add the credential to the online portal.

An image claiming to reveal the back of the Samsung Galaxy S20, Galaxy S20+, and Galaxy S20 Ultra has surfaced on Twitter, suggesting a protruding camera configuration across all three phones. The image, shared by the Twitter account reframed, shows no details about the camera setups on the phones of the Galaxy S20 series. We couldn’t independently verify its validity, either.

Some pre-order details surfaced around the Samsung Galaxy S20 series, too. According to a tweet posted by WinFuture.de’s Roland Quandt, customers pre-ordering the Galaxy S20 series are said to receive the Galaxy Buds+ for free in Europe until March 8. That sounds similar to what was previously suggested for the US market. The Galaxy Buds+ is also said to bear a price tag of EUR 169.99 (about $188). Additionally, the reporter mentioned that sales of the Galaxy S20 would go live in Europe as of March 13.