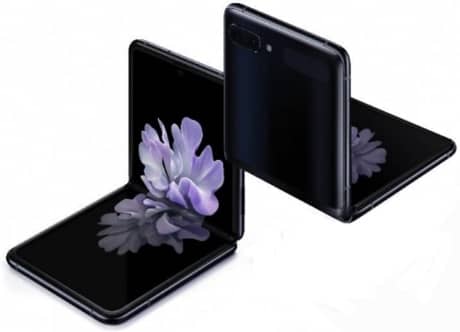 Samsung Galaxy Z Flip 5G model number SM-F707B variant makes it appear to have surfaced on the Geekbench benchmark site. The mobile phone listed seems to be running on Android 10 and is likely driven by octa-core Qualcomm Snapdragon 865 SoC. These details indicate that the Samsung Galaxy Z Flip supports 5G and has an enhanced processor. Previous reports have suggested that the smartphone, along with Samsung Galaxy Note 20, would be unveiled in August; however, the South Korean tech company has yet to clarify the development.

Samsung’s done a great deal about being the first 5G mobile vendor. Last year it delivered 74% of all US 5G mobile phones. Indeed, the company wants to maintain that lead and strengthen it also in other markets. That’s why it was not very pleasant to see that 5G didn’t help the Galaxy Z Flip, the new and best foldable smartphone.

Check out: Galaxy Z Flip durability test, not as reliable as Samsung implied

Samsung has made no secret about launching more 5G smartphones to release in 2020. Support for the next generation network is no longer limited to its flagship phones since it has already trickled down to more accurate alternatives. Even Samsung is focusing on a Galaxy A51 5G model. This year the tech giant is looking to bring its 5G mobile phones to more than 40 countries.

The Geekbench full list also shows the motherboard as “Kona.” The Qualcomm Snapdragon 865 SoC is assumed to be the codename for that. The website also reveals an 8GB RAM and Android 10 phone. A report recently suggested that the Galaxy Z Flip 5G will arrive in three color options Black, White, and Copper. It’s still unclear whether more tweaks will be seen on the Samsung Galaxy Z Flip 5G.

The 3,300mAh battery of the Galaxy Z Flip is low compared to the chunky batteries we get in Samsung’s Galaxy S20 lineup, but as we found out in the Galaxy Z Flip review, it’s more than able to get you through the day. Maybe Samsung was initially interested in holding off on the 5G variant to manage requirements for the smartphone’s battery life. Offering the LTE variant would also have allowed the company to make the starting price as low as possible for this device.

This meant that users who had been attracted to the phone for its attractive appearance and distinctive shape factor would have been more inclined to buy it without having to think about battery capacity and a high price tag. When it launches a 5G version now, it’ll probably look for users who haven’t purchased the Galaxy Z Flip only because they didn’t have 5G.