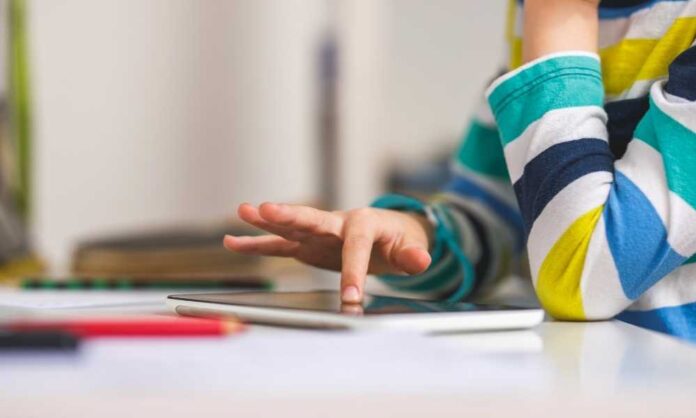 Yes, this is true. You heard it correctly. A Japanese smartphone company, Tone, has launched an Android smartphone, “Tone e20,” to prevent children from taking nude photos that they may later feel remorse. The Tone e20 is the World’s First Smartphone that uses Artificial Intelligence (AI) technology to identify indecent images and block them.

It can also alert parents with pixelated images and time, date, and GPS information every time a little one tries to take undraped selfies.

Children can straightforwardly say to online predators that their phone doesn’t allow them to take unclad photos. This smartphone also has double biometric authentication for extra protection. A Fingerprint scanner is being used in this smartphone even when you wear gloves. Its camera can detect you in dark environments too.

It features a 6.2-inch HD+ IPS LCD panel. There is only one storage configuration with 4GB of RAM and 64GB of storage. The rear camera consists of three sensors: 13MP + 12MP + 2MP. An 8-megapixel selfie camera is at the front. The battery on the Tone e20 is 3,900mAh. With a mid-range processor, it should have a one to two-day battery life.

You get what you pay for, and surely this smartphone is wise enough to prohibit your children from taking nudes. In this era, where nefarious activities and vulgarity have increased and outspread perilously everywhere, we direly needed such a smartphone, and Japan might have come with the solution.

If you’re looking to get one for yourself, priced at 19,800 yen (approximately US$ 178). Tone e20 is currently available only in Japan.