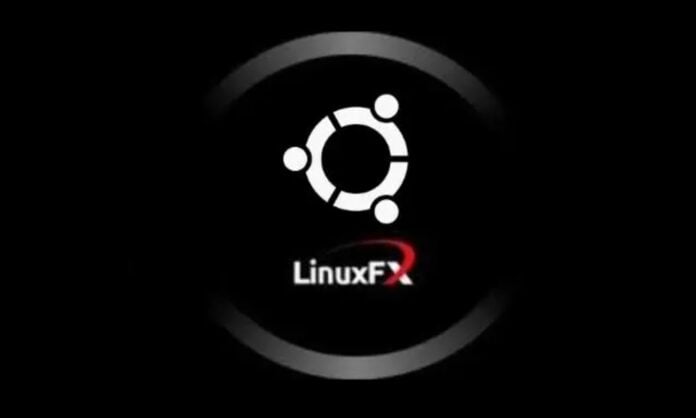 One of the significant concerns about using a Linux distro is that it is hard to use. Linux operating systems were hard to use in the past, which created a doubt that remains present among less expert users. Nowadays, however, most Linux distros are developed to use them without any difficulties. There are even some that, as with Linuxfx version 10.8.3, are visually very similar to Windows.

Linuxfx 10 is a Brazilian-based Linux distribution and founded by Rafael Rachid. Rachid developed this distribution as a platform for some of the advanced apps from his company. As you know, the Linux desktop applications can set these applications aside and concentrate on Windows theming.

Linuxfx version 10.8.3 can deliver a Windows 10 like experience for consumers and companies that put users soft down the sloped path to Linux acceptance. Distributions that change styles and desktop environment settings to create a common Windows-clone type of experience are numerous but still struggle to attract reticent users to remain patient and stay with Linux.

Linuxfx, also known as Windows, is a distribution for Linux intended to allow all those used to with Windows operating systems to transition to this free operating system, putting an end to all the concerns that we may have.

Linuxfx version 10.8.3 is the OS I’ve ever seen transitioning from genuine Windows 7 or 10 to Linux with Windows’s clear overlay. Without the Windows decor, it can also be an ideal computing alternative by modifying the theme (design and styles) and other personal perceptions with the built-in tools.

In other words, Linuxfx version 10.8.3 provides a range of advanced tools that make this unique. Linux desktop is a very stable and user-friendly choice over all other Linux distributions.

This distro a Debian-based Ubuntu OS, under all these layers of customization. In 20.04 LTS, that ensures us five years of system support. All new features and updates will be received through the Ubuntu live software update. And a user can also use the Canonical distro update system features and enhancements, like Live security and other system-related Patching (which allows us to install security patches without restarting the system).

The developers integrated some key features in Windows look and felt while offering a rock-solid Ubuntu Linux base. The benefit for beginners to Linux is retaining compatibility, natively and effectively, with original Microsoft Windows operating systems and software.

In some Linux apps, the Windows theme and the tweaked user interface make the combination work. Some of the embedded applications, for example, are tooled to look more closely like Windows 10 applications.

The programmers have redesigned and enhanced the Libreoffice / Openoffice productivity suite to close the MS Office theme and tabs. Thanks to a Windows logo and system integrity test, which replaces the Linux or OEM logo, even the booting process is like Windows 10.

Linuxfx version 10.8.3 is designed to emulate Windows 10 ‘s appearance and general operation. The first feature we can find using this distro is that it utilizes a GUI precisely the same as the Microsoft operating system. Its desktop is based on Cinnamon and updated with WXD graphics libraries to give the Windows desktop a similar appearance.1.

The designers adopted a bit of trickery from a con artist. Some strategy is planned for the desktop environment as based on the KDE desktop. Previous versions may have been to a greater extent, but the release of version 10.1 represents the Cinnamon desktop.

The desktop environment is not the only thing pretending to be Windows. Other Windows applications like LibreOffice (as mentioned above) are identical to Microsoft Office so that you won’t miss the Microsoft office.

The developers have also worked extensively in terms of activity to render it as Windows-like as possible. Windowsfx comes with everything that you need to run MSI installers and.EXE programs with a double-click, much like using the Microsoft OS. Linuxfx is ready for all sorts of things, whether working and browsing the Internet or enjoying interactive material of all types, or even playing games.

B00merang Project is it’s another crucial feature that brings this distro a unique design. The engine helps developers transform the Linux Desktop appearance of Linuxfx into Windows, macOS, Ubuntu, or other OSes. Its point-and-click approach allows you to choose between many themes and icons, including new and old-looking operating systems.

Check out: Number of Linux Features are Built into Linux Lite 4.6

Linuxfx 10 comes with a vast collection of applications installed by default to allow users as comfortable as possible even from the first view. The distro contains the developer’s video management system, named “Sentinela.” The Helloa wizard for installing the Sentinela application is also included. This platform provides computer vision systems to monitor and control the access person, vehicles, object detection, and advanced data analysis.

Helloa, the assistant, is currently in the development phase. The programmer has plans for doing more than serving as a Sentinela installer file. Its goal is to have Helloa help users perform the operating system’s most diverse tasks.

This distro brings Google Chrome and Firefox when you search the Internet to pick which browser we need to use. You will also discover other beneficial applications for using the Internet, such as Transmission, torrent downloading, Microsoft Skype and Teams, communication, or remote control by Anydesk and TeamViewer.

As aimed by the Linux ideology, you will be able to customize the desktop to your taste. Linuxfx 10 comes with a wide range of wallpapers and enables us to install and customize all sorts of widgets and gadgets.

This distro contains a new WX theme and personal assistant for system and desktop applications. These and others included Windows applications, showcasing software functionalities’ crossover capabilities between the Linux and Microsoft world.

Another goal of this distro is entertainment too. That is why you will also find standard default and preinstalled software like Kodi multimedia center, VLC multimedia player, GIMP photo editing application, and even Steam.

A windows-based program such as .exe and.msi file formats is easily accessible via a WINE port, although most Linux distributions have the WINE tool for the Windows environment.

Note: – Linuxfx 10 has preinstalled and preconfigured and WINE tools to work more smoothly — as if the user were inside a Windows 10 OS. Start any compatible Windows programs or games quickly by right-clicking the device icon and opening it with WINE.

Linuxfx version 10.8.3 is not only about changing the wallpapers and applying a few icons to “look like” Windows 10. Its designers have been working hard to make it feel like Windows 10 everywhere we look. In terms of locating nearly all Windows icons, including symbols and images, the windows theme is very close to the Microsoft operating system in personal directories.

A very nice advantage of using Linuxfx is the preinstalled Kodi media player, and this can be a great home theatre platform. You can then add all your media files from remote or local storage locations once you sign in with Kodi.

You will also have virtual desktops and all other functionalities that you can obtain in Windows 10, allowing you to make the operating system more effective. You have Ubuntu Software Center in place of Windows store if you want more applications. You can also install any version of the apps using the snap package.

Linuxfx version 10.8.3 is entirely free with limited features, however, you can purchase the full version just for $25 from the official website of Linuxfx.