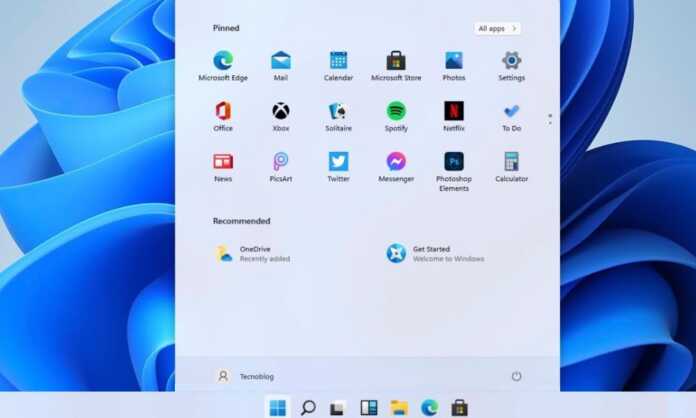 Linuxfx 11 is the latest version of one of the GNU/Linux distributions that attempts to bring the free system more friendlily to Windows users by utilising the excellent visual and interface modification capabilities of Linux.

Windowsfx already has customized versions of Windows 7 and Windows 10, and even before Microsoft releases the final version of Windows 11, the company already has a version tailored to the new operating system. And it delivers the intended results. Windowsfx 11 Preview for x86 conforms the user interface to Windows 11’s general visual look and icons, a new start menu or the usual centered start panel, and the use of Wine 6 to run Windows apps.

Upon installation of the most recent version (LinuxFX 11), the user is captivated by the Windows 11-themed desktop and wallpaper. It is evident that the developers worked on this project with fans of Microsoft’s Windows 11 operating system in mind.

In addition to office software, the distribution also includes KDE and the LibreOffice suite.

LinuxFX 11: Hard to Feel the Difference

LinuxFX imitates Windows operating systems quite well. It resembles Windows 11, Windows 10, and Windows 7 in its three primary editions. The distribution is Ubuntu-based and includes either the Plasma or Cinnamon desktop interfaces. It has several outstanding programs, including Edge browser, Teams, and Skype. Microsoft PowerShell is also installed if you prefer to execute Windows commands rather than Linux ones.

However, the distribution does not include Cortana; it replaces Cortana with the Google assistant-based personal assistant Helloa. Wine enables LinuxFX to run .msi or .exe apps. In addition, LinuxFX offers the ability to run Android applications, which Microsoft had promised but has not yet delivered. So, LinuxFX wins, Microsoft loses.

Windowsfx 11: What’s new and what are the requirements?

The developers have taken use of the chance to update the kernel and desktop environment from earlier versions, while preserving the Ubuntu base:

As regards hardware requirements, you will have no issues with TPM, UEFI, Secure Boot, or DirectX 12, as none of these are required. The minimum standards are extremely lenient. And there are lightweight Linux distributions that can make this claim, although you will always need something extra for a satisfactory experience:

It is installed in the same manner as any other GNU/Linux distribution or Windows variant. The ISO image is downloaded from their Sourceforge page, “burned” on a DVD or external USB drive, and then installed. Nothing beats running it from a Live-CD if you wish to evaluate it without disrupting your existing systems. And if you don’t wish to burn the image, you can upload it to a virtual system and examine its features. It is still in beta, and complete stability cannot be assured.

We prefer other advancements, such as Zorin, whose most recent version is likewise visually similar to Windows 11 while retaining its own identity. In any case, Windowsfx 11 provides a solution that combines the power of Linux and Ubuntu with the aesthetic approach and execution of Windows 11 programs.

But Mr. DT is not thrilled with the distribution’s strict adherence to this principle. He responds, “I strongly advise you not to take this path.” His emotions are somewhat warranted. Due to the fact that the distribution includes a large range of software suitable for executing Windows applications (.exe and.msi) on a Linux-based machine.

In addition, the system includes an Android Apps Launcher (LinuxFX Android) for desktop Android applications. If the end-user is going to operate proprietary software nonetheless, it is advised that they utilise Microsoft Windows, the environment it was designed to work in.

Winetricks may get the user past some of the program, but they are in no way a replacement for an operating system on which the apps were meant to run.

As previously stated, LinuxFX 11 includes the option to register for the entire package. The price for a one-time access key is $35 USD. With the access key, all apps, including Microsoft’s extensive suite of applications, will be registered to the user’s account. As a community of independent developers pointed out on Kernal.eu, however, this registration may come at the hefty cost of a possible personal data breach.

On the LinuxFX website, it is reported that the company currently serves more than one million users, although Kernal demonstrates otherwise. Through security research, Kernal Developers were able to access database user information.

They concluded, “This file barely contains about 20,000 entries, a far cry from the one million claimed by the company.” In addition, user data such as IP addresses, email addresses, and licensing keys are accessible to anyone who can navigate a MySQL database.

After DistroTube’s video and Kernal’s post, the engineers attempted, but failed, to repair the database. After conducting a dynamic analysis, Kernal developers revealed that the activation application does not keep credentials in its binary, but instead stores them on unauthenticated HTTP endpoints that anyone can access.

LinuxFX is an appealing Linux distribution that combines the appearance of Windows 11 with Linux’s flexibility. The interface and location of menus and other elements may help newcomers feel comfortable.

LinuxFX is a free-to-use distribution whose further functionality can be unlocked by “donating” $35. It is possible to download the free edition, purchase the Professional upgrade, and then implement it. The following URL provides access to the free versions.

Check out: Linuxfx version 10.8.3: A Smart and easy Windows 10 Alternative