COVID-19: Will The Robots Replace Scientists 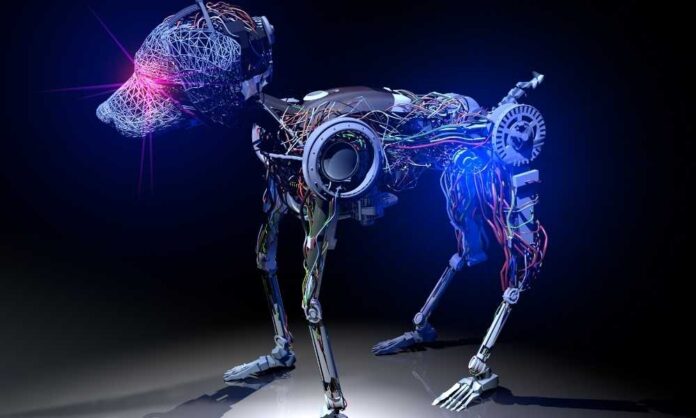 Scientists at the University of Liverpool in the United Kingdom have unveiled a robotic companion engaged in research without taking a break in their laboratory during the lockdown. The robot, valued at 100,000 pounds, learns from its results to improve future experiments.

“This robot can work freely, which enables me to work from home,” said Benjamin Burger, one of the makers of the robot.

Scientists say such technology could make scientific discoveries “a thousand times faster.” A new report from the Royal Society of Chemistry has developed a “national research strategy after the coronavirus.”

The report emphasizes the need for “immediate use” of robotics, artificial intelligence, modern computing, and other technologies so that scientists in self-contained isolation can find solutions to the world’s problems.

Robotic scientist Benjamin is currently searching for a catalyst (a substance capable of chemically altering other materials) to enhance ‘solar cells’ reaction capacity through various experiments.

However, according to materials scientist Professor Andy Cooper, working in a robot’s laboratory will help fight against COVID-19.

“Scientists in laboratories researching COVID-19 have shown great interest in robots,” he said. “We need to work together internationally on COVID-19, climate change, and other issues like that,” he added.

“Our idea is to send robots all over the world in the future that are connected to a central system in every region of the world. So far, we have not been able to do that. This is the first example, but in the future, we must do it.”

Today, in a world where scientists have to spend less time in the laboratory and maintain social distance from each other, the importance and usefulness of ‘robot scientists’ have increased. “This (robot) doesn’t get bored, doesn’t get tired, works 24 hours a day, and doesn’t even need a vacation,” Doctor Burger joked.

He said the robot has greatly accelerated his research. “It can easily review thousands of samples, so it helps me do new research and come up with new solutions.” Such machines, like robots designed for research in space, can carry out more dangerous experiments. Such as laboratories conducting dangerous experiments or those where harmful chemicals are used.

That’s why there is a need to develop new technologies for scientists in the UK, according to Derrida Blake, head of research and innovation at the Royal Society of Chemistry.

“Humans need to improve digital technologies so that they can work faster, make discoveries, bring new dimensions to technology,” he said. Find solutions for such large and complex information. These include carbon reduction, disease prevention and treatment, and the elimination of air pollution.

Does this mean that machines will take their place because so many scientists are in lockdown? Doctor Blake disagreed, saying: “It’s not like that at all. Science will always need humans.”