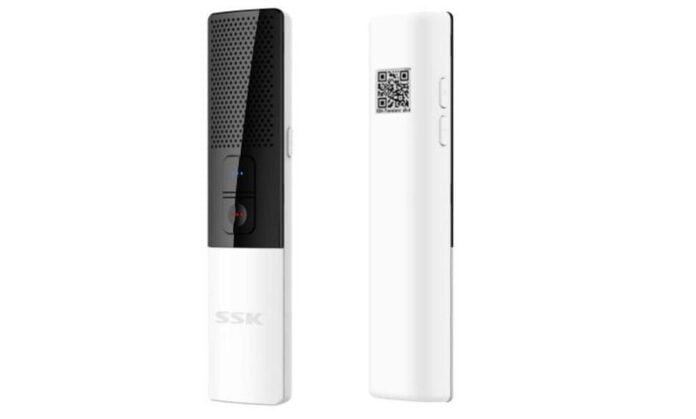 If you are a businessman or a tourist and have to travel to different countries around the world, so, definitely, either you need to learn foreign languages, hire a translating person or an instant voice translator device such as Muama Enence or SSK Smart Language Translator Device to communicate with people.

Learning different languages takes lots of effort and time. And to be honest, not everyone is apt for learning them. In most countries worldwide, many people speak English to some capacity, or to be specific, roughly 1.5 to 2 billion people can speak it. But there are many countries where the English language isn’t spoken, especially Middle Eastern countries don’t have many people who understand English.

SSK Smart Language Translator Device is the latest smart voice translator’s latest and final model that people love to use.  The company provides a 1-year warranty for each purchase. It supports and translates as many as 86 different languages. The result of the translation is undeniable, accurate, and understandable. It consists of ultra-high translation accuracy for complicated and confusing sentences; the accuracy rate is 98%. Both voice and text can be translated within just half a second.

What’s More, is that it is connected with a mobile phone as its App is available to download on the Android play store and iOS App Store. SSK Smart Language Translator device is a compact and best travel translator device. Very importantly, this Pocket Voice/Text Bluetooth (EDR2.1+BLE4.0) Translator is featured with the world’s best AI translation chip: Microsoft, Google, IFLYTEK, and Baidu.  An additional unique and advanced feature of the device is that it offers Photo Recognition Translation; you can take a pic and translate in real-time; how cool it is, Isn’t It?

This small and smart device supports about 86 languages. It supports up to 15 different types of Arabic, 20 types of Spanish, four kinds of Tamil, two types of French and Portuguese, three types of Chinese, 13 varieties of English.

Source and Target languages both can change to any other language. You have to click on the App to find and choose languages, such as English to German, Korean to Spanish, or Chinese to English. These Features makes the device especially helpful for people who travel in different countries and do business with international customers.

Additionally, it facilitates the following languages:

Concerning the benefits, the SSK is very accurate and translates phrases perfectly. Even if you try the photo recognition feature, it works wonderfully. Its long and smooth battery-life (950mAh) and compact design make it more attractive.

Concerning the disadvantages, it is slow sometimes, and the charging time is a bit longer. It is not an offline translator like Muama Translator and cannot work without connecting to a smartphone.

You can buy SSK Smart Language Translator Device online from Amazon. The Price Range is about $69.