The Apple TV app is now available on Vizio TVs 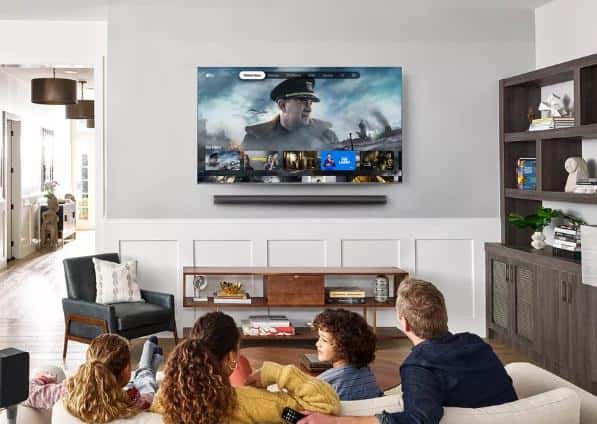 Vizio announced today that the Apple TV app is now available on Vizio SmartCast TV for users in the United States and Canada. With the app, you can access the movie and TV show rental/purchase library, and if you subscribe to Apple TV Plus, you can also stream original Apple content.

Visual TV owners can get a three-month free trial of Apple TV Plus, but only if they are new to the service. This promotion ends on October 16. Apple TV Plus is usually priced at 4. 4.99 per month.

Mike O’Donnell, VIZIO’s Chief Revenue Officer, said, “With the launch of the Apple TV app for VIZIO Smartcast TV, consumers can enjoy a wide range of exciting and entertaining features, including the popular and award-winning Apple TV + Service included.” After learning the important role of home TV, VIZIO continues to leverage the entertainment resources available for consumers to explore. VIZIO SmartCast is also a platform where millions of users can access all their favorite apps, channels. It is the best destination for content providers and programming from their TV.

The Apple TV offers add-ons, additional subscriptions, Apple TV channels for other premium services for CBS All Access, Cinemax, Showtime, Stars, and more. You can watch the content of your Apple TV channels inside the Apple TV app – without having to bounce between several different video apps.

If you’ve got a Visual TV, you should see the Apple TV app on the SmartCast home screen from today. To avail of this opportunity, you need to enter your Apple ID account credentials.

Check out: Apple TV+ Renews M. Night Shyamalan’s Servant Even Before It Premieres