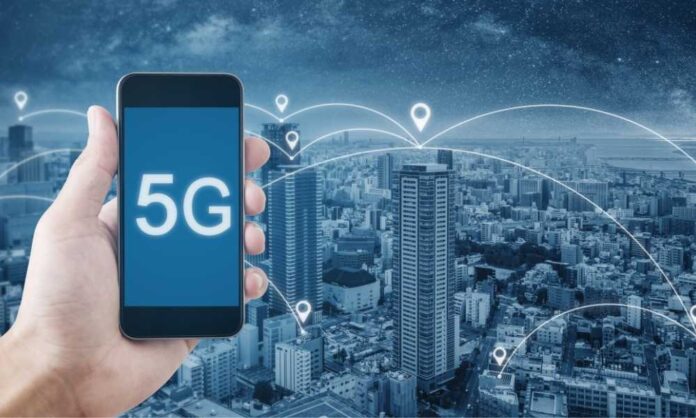 A 5G network is an advanced form of wireless that could reach speed 100 times faster, more devices support, and five times lower latency than 4G networks. However, as the early version is rolled out at a small scale, some scientists are worried that the 5G Network can affect weather satellites.

The 5G Network can cause substantial problems for the Globe-orbiting satellites. This is just because of the closeness of a natural frequency to that of the 5G Network. For example, the European “MetOp” satellite Monitor the energy radiation of the Globe with the primary objective of evaluating humidity in the atmosphere. MetOp satellite is using 23.8GHz Frequency, where the water streams in the atmosphere emit a weak signal. These probes provide scientists and researchers access to the data and the capability to monitor through clouds.

The National Aeronautics and Space Administration (NASA) and U.S National Oceanic and Atmospheric Administration (NOAA) have started discussions and negotiations with the Federal Communications Commission (FCC) to assist secure these Satellites.

A meteorologist at the European Centre for Medium-Range Weather Forecasts in Reading “STEPHEN ENGLISH” who was talking with the scientific journal Nature Said “This is the first time we’ve seen a threat to what I’d call the crown jewels of our frequencies – the ones that we absolutely must defend come what may.”

As the 5G frequencies are very close to the 23.8GHz, wireless equipment on the lower side of the spectrum could become like a dance party because all the disturbances cannot stay in a single space.

Presently there are many ideas to control 5G from impacting weather satellites.

The World Meteorological Organization suggests 55-decibel watts and measuring and calculating in controlled interferences; the lower a number, the stricter the controls. The U.S. is recommending weaker -20-decibel watts.

The figures are even starker when compared to what they appear. As a result of scale structure, according to Nature, the U.S. strategy will allow over 3,000 times, even more, noise compared to the WMO strategies.

Previously, no specialized studies looked at how this kind of interference can affect 23.8 GHz weather satellites. JORDAN GERTH, a “meteorologist” at the University of Wisconsin-Madison, says, “But the more we lose, the greater the impact will be,”

Previously, no specialized studies looked at how this kind of interference can affect 23.8 GHz weather satellites. JORDAN GERTH, a “meteorologist” at the University of Wisconsin-Madison, says, “But the more we lose, the greater the impact will be,”

The Department also said that it “strongly supports the administration’s policy to promote U.S. leadership in secure 5G networks, while at the same time sustaining and improving critical government and scientific missions.”