What Are the Best Gaming Laptop Brands in the World? 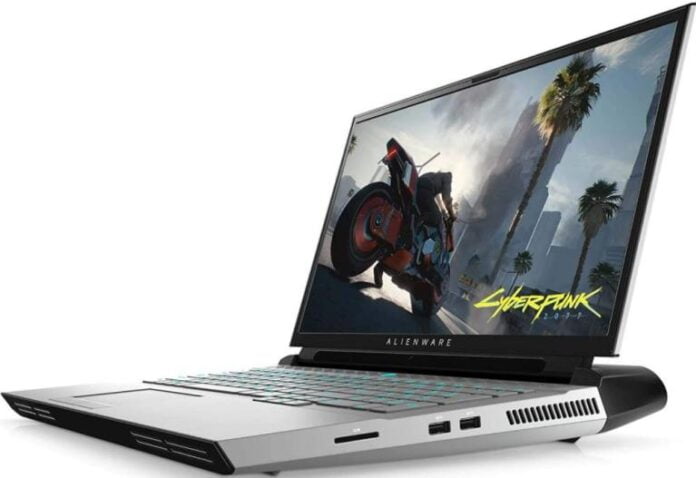 When you begin exploring the world of gaming laptops, it can seem like a real warzone with so many different brands all competing for their place at the top. This is no exception for gaming laptops, especially with all the weird and wonderful models being released in force these days. Naturally, when you see all of these different brands churning out what look like equally very capable machines, you might find yourself wondering which are actually the best at what they do.

With this article, we hope to clear that up for you a little, as we explore the current most central players on the best laptop market.

Alienware is one of the veterans of the gaming laptop industry, releasing its first model way back in 2009 before the industry really took off. With their original flagship Mx-series models, Alienware set in motion the typical sci-fi and RGB designs so common and popular in many gaming laptops today. Having been acquired by Dell some time ago, you can be sure they have some serious industry backing behind them.

Nowadays, their ever-popular models continue to sport stylish and futuristic chassis designs. This is no less true for their recent m17 R4 model which, along with its stylistic features, promises to be one of the fastest gaming laptops around. It achieves this at the cost of any great battery life and with a rather hefty price tag.

Along with Alienware, Razer has been in the game for a while and is considered to have released the first ‘true’ gaming laptop back in 2011 with its first Razer Blade model. Before this, laptops designed with gaming in mind were often expensive, bulky and heavy, and generally just not super convenient for their purpose. The Razer Blade gave the industry a much-needed boost with its introduction of a sleek, stylish, and more lightweight model that still achieved everything a gaming laptop was meant to do.

These days, the brand is still very much at it, with their most recent Razer Blade Pro 17 offering some of the most incredible power and stunning displays around. However, those perks do come at a cost, and a pretty big one at that, so this certainly isn’t a budget option.

If you haven’t explored the market much, it may come as a surprise to discover that ASUS is a pretty solid player in the gaming laptop market. While they typically deal with more standard computer hardware and peripherals, their Republic of Gaming series of models give the rest a run for their money. ROG began its journey even before the likes of Alienware and Razer, launching its G70 model back in 2008 to serve as a powerhouse desktop replacement. Between their core work in general computing and their line of ROG devices, ASUS was awarded Best Laptop Brand 2020.

ASUS’ Zephyrus series of laptops are some of their best entries into the market. Their recent Zephyrus G14 and G15 models promise excellent performance with some of the best battery life currently available in a gaming laptop, packed into a sleek and lightweight chassis. What’s more, these models come in a fair bit cheaper than their competitors, making them among the closest you can get to budget gaming laptops at this level of power.

For those who aren’t super up to date with the industry, this one might seem to come out of the left-field a little. Gigabyte may not be a household name as far as technology goes, but they’re actually pretty huge in their field. They typically work directly with the likes of AMD, Nvidia, and Intel to manufacture durable and powerful hardware components. Because of this industry experience, you can be sure they know a thing or two about gaming hardware, and it really shows in their laptops.

With their Aorus line of gaming laptops, including the recent Aorus 17G, Gigabyte strives to deliver ‘performance above all. And it certainly shows, as their laptops pack in a great deal of power, as well as quality peripherals like the 17G’s proprietary mechanical keyboard. With all of that power and engineering, it may come as little surprise that the Aorus 17G is one of the heaviest models of its kind.

As with most technology, there really is no single brand that does everything perfectly. Even the models mentioned above, while all very impressive pieces of tech, each have a number of things they could do better that may be more effectively achieved by their rival models. None of these can really be considered budget laptops, either, as you can be sure to be laying out a fair sum if you want the level of performance on offer here.

In the end, the final verdict will depend on your personal needs and preferences. As a general rule of thumb though, if you’re shopping for a reliable and powerful gaming laptop and have the budget for them, you really can’t go wrong with any of these brands.