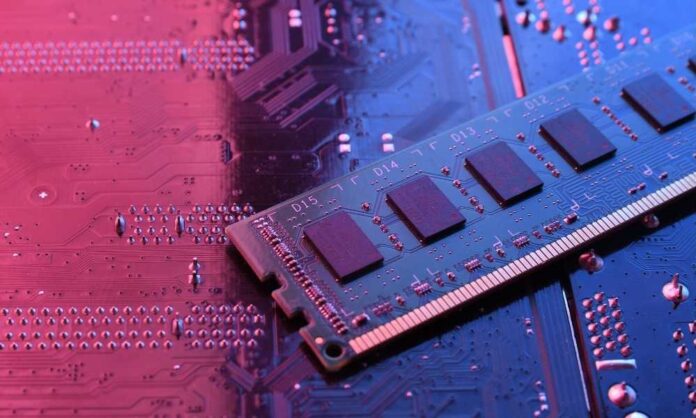 Three years after the computing industry vowed to almost double the world’s computer memory speed with the DDR5 spec, it’s almost here at last. SK Hynix officially unveiled the world’s first modules for DDR5 memory. The company informs that in Q3 2021, it expects to start offering them, but they are ready anytime they can be supported by systems.

SK Hynix said that this DRAM provides raw bandwidth of up to 5,600Mbps, perhaps not the maximum 6,400Mbps that the DDR5 spec requires, but a full 1.8 times longer than the previous DDR4, and all at a lower voltage of 1.1V instead of 1.2V, for what SK Hynix reports will be a 20% power savings. So you don’t be confused about the math; power consumption is measured in watts, not volts.

SK Hynix has commented that it expects the DDR5 modules to be commercialized in Q3 2021.

In simple terms, the latest announcement would not imply much to your typical machine builder or consumer, partly because improvements in RAM speed have not given a major boost in a while for typical games and apps, and partly because it may be several months before you can buy them, much less slot them into a device.

Intel has confirmed that it will support DDR5 for future processors, but DDR5 has not been formally adopted by AMD and may not be accepted until 2022.

Check out: SSD vs. HDD: Basic concept, Differences, and Performance

But finally, DDR5 ‘s capability could catch your eye. 128 GB modules are definitely, as AnandTech points out, and 2TB server-grade modules aren’t out of the question.

Today’s announcement is all about demonstrating that a company can actually produce such a module and involve other manufacturers in creating an ecosystem around the technology. In this situation, SK Hynix notes that companies such as Montage, Renesys, Synopsis, and Rambus are all signed on, not exactly the kinds of businesses that send us gadget lovers RAM.

There’s always ridiculously expensive off-spec DDR4 if you need speed earlier; you can already buy a pair of 5,100MHz sticks for ~$900 and try to overclock them to 5,600MHz.

Check out: Nvidia and ARM Will shift the Technology Environment dramatically