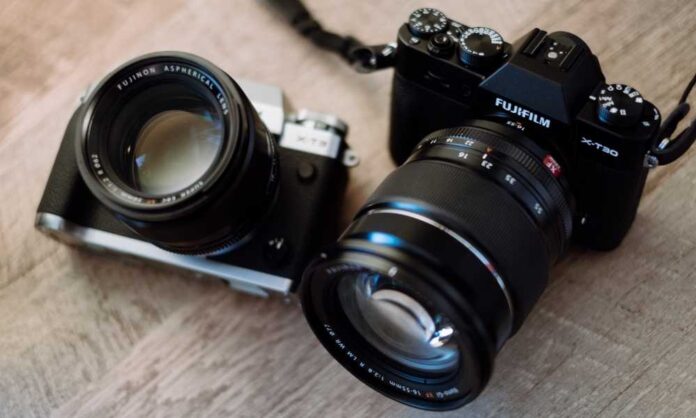 Fujifilm has launched a new compact and lightweight camera called X-T200 while offering features including a fully articulated touchscreen and 4K video recording. The X-T200 camera is now available at a price of around $935, which includes the 15-45mm kit lens. The 50-230 mm lens can also be added to the above bundle for a combined price of $1200. The X-T200 is available in three colors, Black, Champagne Gold, Silver and Dark Silver.

The Fujifilm X-T200 body weighs just 370 grams and bundles in an APS-C sensor with 24.2-megapixels. Compared to the Fujifilm X-T100, the company says it used copper wiring for the sensor instead of aluminum, which it claims provides about 3.5x faster readout. Users also get PDAF points on-sensor for quicker tracking of moving subjects, as well as face and eye AF.

Fujifilm X-T200 is equipped with a 3.5-inch touchscreen display, which can be articulated outwards to make shooting more flexible. Besides, the Fujifilm X-T200 provides 11 modes of film simulation, including Velvia and Provia. The camera also captures 4K footage with a 6K resolution full pixel read and then downsamples it to 4K. The latter works at 30fps, or the user can take a 1080p shoot, up to 120fps.

The X-T200 mirrorless digital camera can produce not only premium quality images but also a full-fledged video, appealing to the needs of photography enthusiasts and customers who would like to step up from phone cameras, trying to capture and film precious memories easily and in high image quality.

Fujifilm aims to continue to evolve the X Series, including the X-T200, the GFX series of mirrorless digital cameras that incorporate large format sensors and their extensive lens lineups to deliver the joyful photographic.

You can see complete details about X-T200 on Fujifilm official Website.