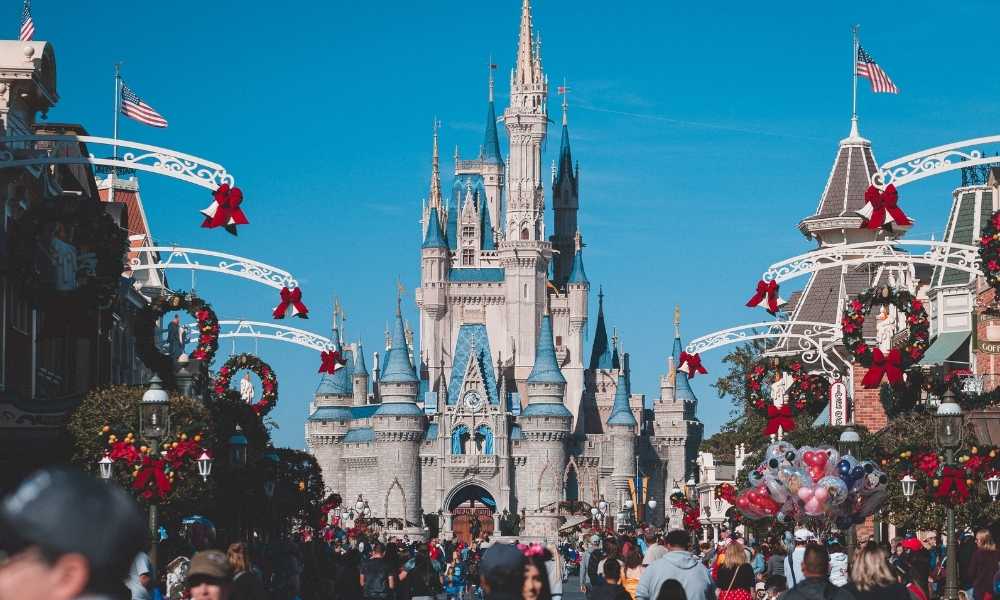 Disney Plus Review: Disney plus launched to considerable excitement in November 2019. The service’s successful debut was aided by an aggressive marketing campaign and the popularity of “The Mandalorian,” which amassed more than 50 million subscribers in less than a year.

Though Netflix’s 130 million global subscribers still dwarf that number, Disney Plus has been able to carve out a sizable chunk of the streaming market, owing in large part to iconic franchises such as “The Avengers” and “Star Wars,” as well as the company’s massive library of animated classics.

Now, the streaming battles are heating up, with Disney+ facing competition from newcomers such as HBO Max and Peacock while also attempting to catch up to Netflix and Hulu. With Disney Plus gearing up to premiere a new batch of original programming this summer, including Marvel television episodes and a feature adaptation of “Hamilton,” we took a peek at the service to see how it compares to other streaming options. You can find Frequentyl Asked Questions about Disney Plus here.

Disney Plus’ most significant strength is from Disney’s illustrious archive of films and television shows, including hundreds of classic animated pictures held up in the “Disney Vault” for years without re-release. Recent releases such as “Frozen II” and “Onward” are also featured.

Disney bought the rights to Marvel Comics, Star Wars, The Simpsons, and 20th Century Fox over the last decade, and the foundation of Disney Plus is nostalgia for these enduring media franchises. Subscribers have access to practically every film in the Marvel Cinematic Universe (MCU) or Star Wars franchise, including blockbusters such as “The Rise of Skywalker” and “Avengers: Endgame.”

Additionally, the streaming service has done an excellent job documenting hundreds of classic Disney cartoons and television shows for modern viewing, ranging from the 1960s “Spider-Man” cartoon that inspired dozens of memes to all 65 episodes of “Lizzie McGuire.”

However, Disney Plus’ most fantastic drawback maybe its obsessive focus on family material, which has resulted in the platform’s removal of all R-rated films. This implies that famous R-rated movies, such as “Deadpool” and “Logan,” will be utterly absent from the streaming service, despite their Marvel connections.

Disney Plus Vs. Netflix

As with its competitors, Disney Plus has original programming. However, except for “The Mandalorian” and a reworking of “High School Musical,” these new shows and films have received little notice.

Unlike most streaming services, Disney+ has selected a weekly release schedule for its original programmes, such as “The Mandalorian,” rather than launching the entire season on the same day for binge-watchers. During its initial run in November 2019, this tactic helped “The Mandalorian” become the most-watched streaming show in America.

Additionally, Disney Plus is home to various unique streaming films, including a film adaptation of the smash Broadway musical “Hamilton” and an adaptation of the classic young adult novel “Artemis Fowl.” On July 31, Beyonce will release “Black is King,” a new video album. Additionally, Disney Plus will launch additional Marvel-themed shows in the coming months, beginning with “The Falcon and The Winter Soldier” later this summer.

I find the service’s growing collection of short films more engaging than Disney’s current slate of original series, owing to their robust, artistic approach. While upcoming Star Wars and Marvel episodes could be significant pulls for Disney Plus, rival services such as Netflix and Amazon Prime Video now offer a more diverse selection of original programming.

Disney Plus is $8 per month or $80 per year, making it one of the least expensive streaming services available. The ordinary subscription is ad-free and includes unlimited downloads and support for up to seven profiles. In addition, unlike Netflix, 4K and Dolby Vision HDR streaming are provided at no further charge. Though the program formerly offered a seven-day free trial to new subscribers, this offer has since been discontinued.

Additionally, a package of Disney Plus, Hulu, and ESPN+ is available for $14 per month. Hulu’s ad-supported version costs $6 per month, while ESPN+ costs $6 per month. By subscribing to the bundle rather than signing up for each service separately, you can save approximately $6 each month.

If you don’t have any other streaming services, the cheap Hulu plus ESPN+ package provides much value. Hulu’s enormous library of movies and television series complements Disney Plus’s family-friendly programming, and ESPN+ includes access to live events such as UFC Fight Night.

How to Install and Configure the Disney+ App?

After activating your account, you may access Disney Plus by visiting the official website or downloading the app to your smart TV, streaming player, or mobile device. The Disney Plus app is accessible on Apple and Android smartphones and Roku, PlayStation 4, Xbox One, Chromecast, and Amazon Fire.

With a single account, you may establish profiles for up to seven different viewers, and each profile will have its watchlist that syncs across devices. However, only four devices can stream simultaneously with the same account, the same limit as Netflix’s $18 monthly premium plan. Adults can also create child profiles to restrict children’s access to PG and PG-13 content.

The interface for Disney Plus is relatively primary for a streaming service. The Disney Plus landing page lacks the busy animated thumbnails and flashy trailers found on Netflix’s home page, but a carousel at the top of the page highlights new and popular content, and the most popular franchises on Disney Plus are pre-sorted into simple categories such as “Marvel,” “Pixar,” and “Star Wars.”

Disney Plus has a few minor navigational flaws that may become persistent depending on your viewing habits. For instance, selecting a show or movie from the “Continue watching” menu always returns you to the point where you left off, with no option to “Play from the beginning.”

It’s not a big deal, but what if you fell asleep at the final scene of a film, or your roommate saw the episode before you? Now, when you attempt to rewind to the beginning, you run the risk of spoiling yourself.

Another concern is that parent accounts are not password-protected or otherwise secured. While Disney Plus does not currently offer R-rated films, children can use the change profile feature in the same way that adults can access PG-13 movies on a separate profile.

Disney Plus Review: Performance and Features

Disney Plus offers streaming quality comparable to Netflix at a fraction of the price. Disney Plus ensures users can get the most out of their home theatre by including support for 4K resolution, HDR colour depth with Dolby Vision, and Dolby Atmos audio capabilities with each subscription.

Additionally, Disney Plus includes downloading movies and television series for offline watching on up to ten devices, making it ideal for personal travel and family vacations.

Disney Plus’s low pricing and historic repertoire should make it an attractive investment for any movie buff, but the platform is geared at families with children. I’m intrigued to see whether subsequent Disney Plus shows are fascinating enough to attract the same adult audience as “The Mandalorian,” because after eight months of subscription, my enthusiasm for nostalgia has already waned.