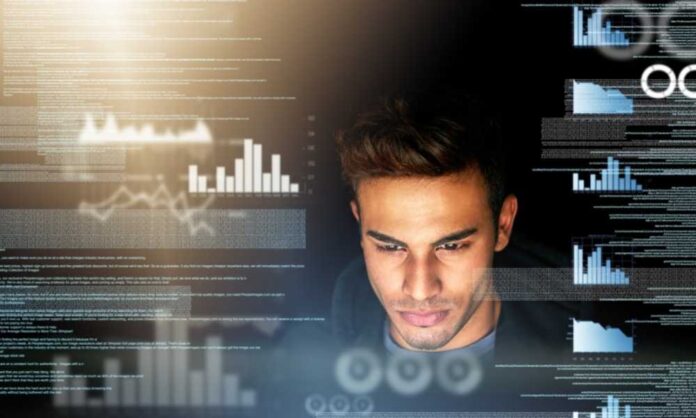 The Linux Foundation declared the creation of the Open Source Security Foundation (OpenSSF) as the new software security initiative.

OpenSSF is a cross-branch collaboration that brings industry leaders together to strengthen the safety of Open Source software by creating a broader community with efficient systems and best practices and standards. The initiative utilizes efforts from GitHub’s Open Source security alliance and Core Infrastructure ambition.

OpenSSF membership rankings include the most relevant Open Source security programs in the industry and the people and companies that support them. The Core Infrastructure Initiative (CII) of the Linux Foundation, created in response to the 2014 Heartbleed bugs, and the Open Source Security Alliance, established by the GitHub Security Lab, are only two of the initiatives that will come together under the new OpenSSF.

The leadership, experts, and decision-making of the Foundation will be crystal clear, and any specifications, conditions, and projects developed will be vendor-agnostic according to the LF (Linux Foundation). The OpenSSF is committed to helping and working with both existing communities and upstream to improve the security of Open Source for all.

Open Source software is becoming ubiquitous in data centers, end-user devices utilities, and services. Companies and experts use their technology just as much as possible.

The Open Source, which ultimately reaches end-users, has a chain of contributors and dependencies because of its creation process. It is critical that those responsible for the protection of their users or organization, according to an LF official, in explaining the need for this new initiative, can recognize and verify the security of this dependency chain.

“We believe that Open Source is a public good, and we have a responsibility to come together across every industry to improve and support the security of open source software on which we all depend,” said Jim Zemlin, executive director at The Linux Foundation.

He further said that “in order to ensure Open Source security is one of the most crucial matters we can do, and it involves all of us around the world to help in the effort. OpenSSF will provide that forum for a highly collaborative, cross-industry effort.”

The implementation plan of the OpenSSF is constructed around the open governance system. It involves a board of governors, a technical and analytical advisory board, and a separate regulation for each task force, project, and plans.

OpenSSF aims to sponsor a wide range of technical Open Source projects to encourage security for the most crucial Open Source software in the world, all of which will be achieved in the open on GitHub.

The primary Aim is not Expansion – Open Source Strategies

The LF has several categories, groups, experts, and professional communities under its control. As per Chris Aniszczyk, vice president of strategic and dev programs at The Linux Foundation, the purpose is not to establish one more.

He stated in an interview with LinuxInsider that “it’s less about building a new organization than centralizing numerous industry and LF activities.”

Grants had funded mainly the Core Infrastructure project. OpenSSF is backed by membership dues from the Linux Foundation, with practical analysis contributions to support the program and experts, he explained. The CII aims to contribute expertise and experience to the OpenSSF, and aims to advocate on preferred projects through its project approval process led by the OpenSSF TAC.

Check out: Linuxfx 10: A Smart and easy Windows 10 Alternative

The organization is bootstrapping, so this month the first business order holds its first board of directors, technical council, and required to workgroup meetings. The best way to get involved, he said, the best approach is to attend one of the WG meetings.

The OpenSSF will go ahead with an aggressive first set of activities, Aniszczyk noted. The initiative demands six main actions.

The goal for an Open Source software environment is security and vulnerability detection and updates in a responsible way. That issue needs to be assessed in minutes, not in days or months, to fix the vulnerability and implement it across the environment. To that, OpenSSF is working to create a standardized framework and API for disclosing vulnerabilities and organized reporting to accelerate mass adoption.

The primary goal is protection tooling. The intention should be to provide Open Source programmers and developers with the best and intelligent security tools and make them widely accessible.

“We want to create a space where representatives can work together to enhance existing security tools and design new ones that address the needs of the wider Open Source community,” Aniszczyk said.

Through defining a collection of critical metrics and developing tooling (web UI and API) to communicate those metrics to stakeholders, the group hopes to achieve that goal. This will allow stakeholders to understand better the security posture of individual components of Open Source, Aniszczyk added.

Three other OpenSSF targets are to provide Open Source developers with best practices in security. Secondly, the securing of critical projects will create audits, assurance, response teams, improvements, and hands-on tactical work. Second, it can result in helping projects check the identities in the software supply chain by developing a system to verify the developer identity.

Enderle indicated that with the increasing number of attempts to protect Open Source programs in the mix, there is still a possibility for one too many that come in the way of everyone else.

Aniszczyk told LinuxInsider “But this effort should help them drill through the confusion to get to a solution because it drives collaboration. So while this may seem additive in terms of complexity, if they execute to plan, it should force the redundant efforts into this one, eventually simplifying the effort and making it more likely to be successful.”

Aniszczyk told LinuxInsider “But this effort should help them drill through the confusion to get to a solution because it drives collaboration. So while this may seem additive in terms of complexity, if they execute to plan; it should force the redundant efforts into this one, eventually simplifying the effort and making it more likely to be successful.”

Recently, it has become easier than ever before for anyone to build a website. However, many people forget that building your own website means...

The continuous management of threats posed by insufficient safeguards against cyberattacks...
Cybersecurity

User access management (UAM) is the process through which the administrator...
Cybersecurity

Phishing scams are on the rise. It's thought that around 90%...

Why Is Cyber Security Awareness So Important?

When it comes to a business, the company you run, you usually search for a contact, create a market strategy or plan, work with the supplier, and do everything else that comes with it. But unfortunately, most companies forget about other essential factors which should also be...

There are very few things more frustrating than waiting for pages to load when browsing the internet. When you consider that many people tend to open many tabs at once, use the internet for work, or download several files, a slow internet connection can make life difficult...