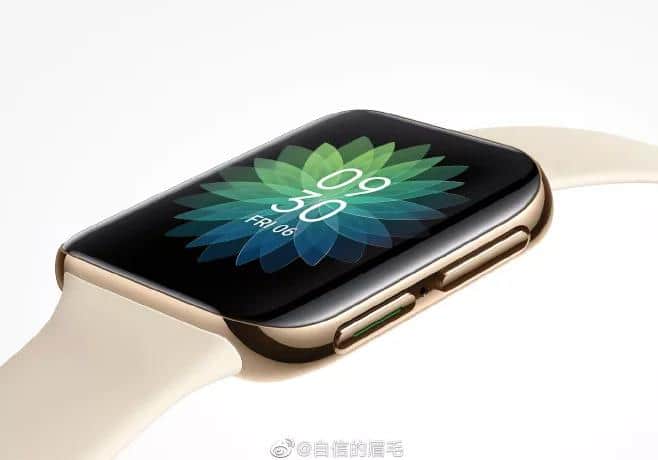 Oppo has offered its perfect look at its newest Smartwatch, and it looks quite similar to an Apple Watch. According to a tweet posted Monday by the company, the upcoming Smartwatch will be named the Oppo smartwatch, and more details will be revealed at the company’s Oppo Find X2 launch event on March 6. There is still a lot that we don’t know about the new Smartwatch, like many of its features and price, but from this one picture, there are a few things that we can guess on. It seems we can use that watch to make and receive calls. And if we look at the right side of the Smartwatch, if somehow we cannot respond to the call, it seems like there’s an option to send a message to the caller.

The smartwatches often look a little different from the Apple Watch. Whereas the Oppo smartwatch’s body seems to be quite similar in shape to the Smartwatch, there’s no button that might function like Apple’s Digital Crown smartwatch. Instead, the Oppo smatch has a second and bigger button similar to other WearOS devices. The Smartwatch on the left also comes in a nice blue color, which is not an Apple Watch choice. And the straps look a bit different from Apple’s wearables.

In the lead up to the official announcement, Oppo is more forthright about the design details. According to a tweet from Oppo exec Brian Shen on February 17, the Oppo smartwatch, apparently will have 3D glass and a curved screen.

Here's another look at the forthcoming OPPO Watch. 👀 The curved screen and 3D glass will be a game changer. 🤓 pic.twitter.com/ozbl9BXNZq

On January 30, Shen reportedly published another screenshot of the watch on Weibo. It provides a better look at that second top button, a microphone, and a bottom button with an interesting green line.

We can see a little more about the curved screen of the Oppo Watch in a leaked screenshot of the Oppo Watch posted on February 25 on Weibo. This Weibo post says the Oppo smartwatch is an Android device, so maybe it runs Google’s “WearOS.”

Oppo’s event will be held at 4:30 AM ET on March 6, so we didn’t have to wait long to know more about the Oppo Watch.

Check out: Best Flagship Smartphones of 2021 Around the World