How to Prevent DDoS Attacks and Keep Your Website Safe 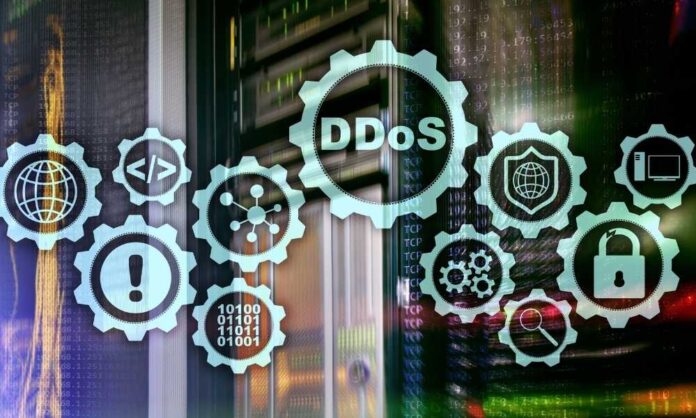 You grew up listening to success stories of successful businesses that develop your interest in entrepreneurship. Luckily, you even manage to fulfil your childhood dream and lay the foundation for your business. You even manage to achieve some initial success and everything was working according to the plan.

Suddenly, all the initial hoopla evaporated into thin air when you get the news that your website is inaccessible due to a DDoS attack. You are caught by surprise and do not know what to do. This happens to most businesses because they do not take preventive measures and acquire DDoS protection. Not only does that lead to financial losses but it also causes irrevocable damage to your brand reputation. That is why it is important to protect your website from DDoS attacks.

To give you some perspective on how deadly a DDoS attack can really be for your business, here are some statistics.

All these statistics clearly show that DDoS attacks are increasing in number, frequency and are becoming more dangerous due to the use of multiple attack vectors. It can not only dent you financially but can also make your website inaccessible, which can also ruin your business reputation. You might also end up losing a lot of prospective customers due to a DDoS attack. How can you prevent DDoS attacks from negatively impacting your business?

In this article, you will learn about five effective tips to prevent DDoS attacks and keep your website safe and sound.

One of the first things most DDoS attackers target is your DNS server. In fact, they bring your web server down to a crawl and put your website off the internet by conducting DDoS attacks on DNS servers. To keep your DNS servers safe, it is important to spread them around the globe and avoid keeping them consolidated in any one location. Additionally, you can place them behind a load balancer. Another option you can consider is to go for a cloud-based DNS service provider as they have higher bandwidth and decentralized DNS servers.

For instance, you can configure your router and firewall to drop incoming ICMP packets. You can also block DNS responses that are coming from outside your network. Blocking UDP port 53 will help you achieve that and prevent many ping-based volumetric attacks and certain DNS servers.

The primary target of DDoS attacks is your Dedicated web server therefore, you need to protect them with network firewalls in general and web application firewall (WAF) in particular. Look for hardware vendors that offer built-in software protection against different types of DDoS attacks such as SYN Flood attacks. It keeps a tab on the number of incomplete connections and refreshes when it reaches a configurable threshold value. The addition of software modules on web server software can also beef up DDoS protection. This gives your web server software the ability to keep your website safe in case of application-layer attacks such as Slowloris attacks.

Slowloris attacks open up connections, leave them open by regularly sending partial requests. As a result, your web server cannot open any new connections to deal with other requests. It exhausts server resources and eventually leads to crashes. The best example, in this case, is Apache’s mod_reqtimeout module, which is great at fending off application-layer attacks.

To reduce the probability of launching successful DDoS attacks for attackers, balance the load efficiently. Spread web servers in different regions of the world rather than placing them in one centralized location. Implement a good load balancing system to distribute traffic between web servers present in data centres located in different parts of the world.

Make sure that all your data centres are connected to separate networks so that if one went down, the other stays up. Even if a DDoS attack affects your business, it will affect some of your servers while leaving the remaining servers unscarred. This means that you can keep your website up and running with unaffected servers. Distribute the traffic among servers so that one server does not have to bear the brunt of handling a barrage of traffic coming towards it.

Preventing DDoS attacks might not be easy but if you are prepared for it in advance and have taken the aforementioned preventive measures, you can easily block DDoS attacks before they can wreak havoc on your servers and network infrastructure. You can also hire a DDoS protection service because they have the right skills and resources.

Check out: What Is XML-RPC and How to Stop DDoS Attacks