How to Protect Healthcare Network From Cyberattacks 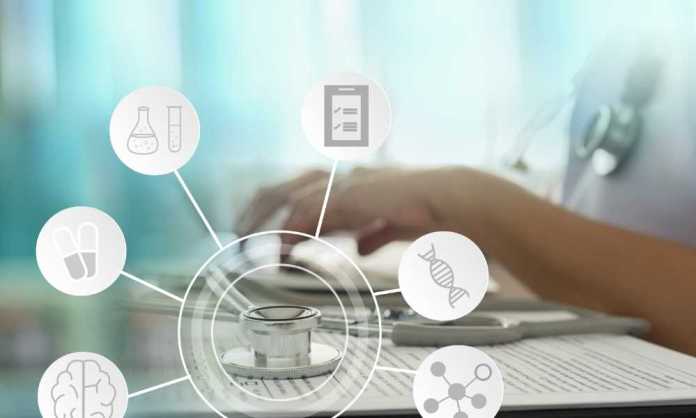 In particular, threats to the healthcare network have created a great deal of concern as we wrap up another year to see the volume and variety of cyberattacks increasing across industries.

In early December 2020, researchers revealed that since September, an international phishing campaign targeting organizations affiliated with the delivery of Covid-19 vaccines had been underway and, in late October, the U.S. government released an alert citing “credible information to U.S. hospitals and healthcare providers about an increased and imminent cybercrime threat.”

With almost one-third of hospital personnel lacking sufficient cybersecurity training and over 80% of hospital systems operating on obsolete software, although their predominant emphasis is on treating patients with Covid-19, it is now ideal for attackers to strike. Healthcare systems must concentrate on growing their protection within their organization and maintaining hospital networks in good health. This does not entail a complete security upgrade but rather a thoughtful approach to strengthening network defences and a commitment to set safety standards implemented by trusted partners and other third-party suppliers.

1. Enhance your perimeter of defence

The number of connected devices is rapidly widening the field of attack for healthcare organizations. Because multiple suppliers are used by almost every healthcare company, the supply chain ecosystem involves not just the connection between a piece of technology and the network it reaches but the outside world, which makes them ripe for cyberattacks. This can have dangerous effects.

2. Cyberthreats in healthcare Network: An API-First approach to security

In June, a group of 19 vulnerabilities known as Ripple20 malware was found to have affected hundreds of millions of connected devices, including Internet of Things (IoT) medical devices. These vulnerabilities “rippled out” to affect other networks and devices that share a shared access point somewhere along the way. However, they may not have directly interacted with the infected system, which opened them to attack. The total effect of Ripple20 remains unknown to date, as many IT administrators and security leaders do not even know they are infected with their computers.

By deploying a cloud-based recursive DNS service to block threats at the first point of contact and prevent malware from accessing networks or endpoints, one way to defend against such vulnerabilities is. Using a 100% cloud-based service is a cost-effective way to guarantee that your perimeter is secured from all-origin cyberattacks.

3. Prepare for Small DDoS Attacks on Your Healthcare Network

The Security Operations Center of Neustar saw a 151% rise in the number of DDoS attacks overall in the first half of 2020 compared to the same time in 2019, with the number of minimal cyberattacks, sized 5 Gbps and below, rising by more than 200%.

Although many healthcare organizations now use a DDoS solution, the emphasis appears on large DDoS attacks. Traffic thresholds are typically set to a level that may allow very tiny attacks to skirt through unnoticed. Increases in attack complexity and severity have mirrored the rise in more minor DDoS assaults.

Between January 2020 and June 2020, more than half of the threats mitigated by Neustar leveraged three or more vectors. There was also an increase in new amplification methods and higher-intensity attacks targeting vital pieces of web infrastructure. Companies need to understand that DDoS attacks can always be used as a diversionary strategy to divert sensitive infrastructure from data exfiltration or a more focused attack.

Your corporate healthcare network can not be as secure as you think it is, between trusted vendors having access to networks and the potential to go undetected for small-scale DDoS attacks. If they keep attack traffic just low enough to circumvent any traffic thresholds that would automatically signal an incursion, an attacker can do quite a bit of harm. It’s already too late when the intrusion is noticed; the intruder knows they need to inflict damage—ensuring that both small and large threats can be tracked efficiently by your company and each of your trusted partners.

It is essential to integrate vendor-identifiable information into monitoring threat intelligence to improve your supply chain’s security. Besides, make sure that threats from around the globe are sourced from your service provider. Even if the current threats come from a single location, the internet is global, and you never know where the next threat can originate from.

Finally, use a service that adopts a curated approach to delivering threat data to prevent IT and teams from being frustrated by warning fatigue. In a recent Neustar survey of security decision-makers, respondents indicated that an average of 26% of their organization’s warnings is false positives. Using a threat intelligence service that offers curated threat data cuts down on weeding out false positives and more time is solving the security problems at hand for IT workers who are already stressed out.

5. Playing offence against the challenges of the present and future.

A specialized, global supply chain in today’s world ensures that companies can be influential and focused on their capabilities while outsourcing other needs to firms specializing in them. Technology supply chains couldn’t be more critical for healthcare networks and organizations. Organizations will keep ahead of the next major threat by strengthening the protection parameter, tracking small DDoS threats in addition to big ones, and ensuring that the threat data the security team receives is well-cured while staying confident that they are better protected from existing ones.

Why iPaas is a Beneficial Tool For Enterprise Architects

What Makes TradingView Perfect For Novice Traders? TradingView is currently the talk...
Technology

Manufacturing automation has risen in the recent past, with most company...
Business Point

How to Make Time Tracking ‎Easier on the Construction ‎Site

At times, it can be hard to keep track of all...
Business Point

Although women have entered many male-dominated industries in the last decade,...

Over the years, cryptocurrency has become very popular and has caught the interest and attention of millions of individuals and firms. Since the development of Bitcoin, the very first cryptocurrency, more and more cryptocurrencies have started to emerge, which has led to the widespread acceptance of cryptocurrency...

Disneyplus.com Begin: Disney Plus is an online streaming service offering an amazing collection of on-demand Disney movies and shows. The service has accumulated over 130 million customers. DisneyPlus features a combination of stuff from Disney's vault and original programming created exclusively for members. The studio's animated films, new...

What Would Be The Pass Rate For PMP Exam?

Before we get into the PMP Exam passing rate (Project Management Professional) details, let's have a brief definition of what PMP is. PMP is considered one of the most important and valuable certifications for the project management profession. It is regarded as an industry-acknowledged certification for people...

The New PMP Certification Syllabus is live effective January 2021. The syllabus change was prompted by the new Objectives, Criteria, and Knowledge section that was added to the newest version of the exam. This article will cover everything you need to know about the new PMP certification...

If your network admin has configured Dropbox login (SSO), you can access Dropbox the same way you would other work-related applications—by entering your SSO password on your organization's sign-in page. Each organization has unique employee requirements, so check with your administrator to determine how to use SSO at...

Discord App: How To Solve The Discord Login Problem

The most common reason for having trouble connecting accessing Discord login is using a VPN. Some VPNs block websites and apps, but Discord doesn't. To solve this issue, go to Control Panel and locate the application. Then navigate to Programs and Features. Choose Discord app, and then...

How To Convert 401k To Physical Gold

In recent years, changing careers has become pretty common— and being tied to a dead-end workplace is on the decline. According to a survey, 32% of professionals aged 25 to 44 explored changing careers, and 29% had previously done so. Millennials say that changing jobs offer better...

The Rise of Blockchain Technology and its Impacts on Future Industries

From banking and secure communications to healthcare and ridesharing, blockchain technology will significantly affect our future. To comprehend how blockchain will transform the world, you must first comprehend how it operates. Have you ever purchased fair trade-labeled coffee or produce? How can you rely on this data? What...

SD cards are a must-have for anyone looking to store large files in bulk. They are small, durable, and relatively affordable, making them the perfect solution for anyone who wants to keep their data safe and accessible. In this blog post, we'll discuss the benefits of using bulk...