Local Search in Q2 2022: Developments You Need to Be Aware 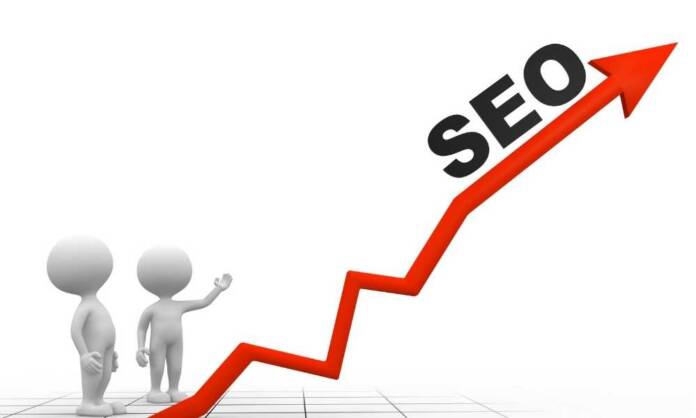 If you had thought that Q1 2022 had more than its fair share of local search developments, you will be surprised to learn that Q2 promises to be equally, if not more, exciting. As an e-commerce website owner, you need to be aware of these developments to ensure you can stay ahead of the pack and deal with the new challenges with aplomb. Some insights into the world of trending developments in local SEO:

According to recent studies, as many as eight percent of unhappy customers whose reviews have been deleted, come back to write a second one. Some 60% of these reviewers republish the same or a similar review, but a whopping 40% of people make their second attempt worse. You need to keep a close watch on your reviews, and even if you delete some reviews that violate Google’s guidelines governing content, you should be ready to face the same or more scathing reviews in some time.

According to Yelp statistics, it has witnessed a 56% increase on average in the last three years for “plant-based” searches, and there has been a 41% increase annually for “EV charging”. Rising to the changing preferences of its users for more eco-friendly content and services, Yelp has announced a set of new search attributes like “plastic-free packaging,” “EV charging station available,” “bring your own container allowed,” “provides reusable tableware,” and “compostable containers available.” The new search phrases are over and above the existing ones like “bike parking” and “vegan”. Google is also encouraging its local business guides to focus on eco-friendly businesses at the local level. For example, Google recommends including the mapping recycling centers, sustainability details in reviews, and adding recycling characteristics to product and service listings. According to Google, the top five terms searched for recycling include metal, cardboard, electronic, battery, and cans. The signals by both Google and Yelp indicate that it is time for all local businesses to switch to the most environmentally sustainable practices possible.

The year commenced with the FTC warning that review platforms would be liable for publishing fake reviews. Google too has stepped by the pace of taking down fake reviews. A steep increase in the number of complaints for loss of reviews in the first quarter of the year has continued in Q2. Unfortunately, as far as Google’s steps to clean up the reviews is concerned, there have been complaints that many genuine reviews have been discarded along with the fake ones due to the broad-based nature of their policies. Local businesses who find their genuine reviews suddenly missing can contact Google, but there is no assurance of their restoration. It may be better for them to keep pursuing the acquisition of legitimate reviews.

Products Included By Google as a Factor in Local Search Visibility

In a major update, Google has added products as a visibility factor in its Google Business Profile to boost local search rankings. The step will not surprise people aware of Google’s ambition of competing with Amazon for shopping. Google hopes to score over Amazon in local search. Given the carbon footprint of local deliveries is far less than that of remote deliveries, it can be a significant point of difference for those who are environmentally conscious to choose local deliveries over long-distance shipping. Local businesses can seize the opportunity to raise their visibility by filling out their GMB with as many core products as possible.

According to the Search Engine Roundtable, Google is awarding some merchants its trusted store badge for outstanding shipping and product returns. According to people in the know, businesses offering good performance across multiple metrics compared to other merchants can earn the Trusted Store badge. The metrics involved include the cost of shipping and returns, shipping speed, and return windows. According to Search Engine Land, Google has gone on record that the badges look like helping lesser-known merchants generate stronger traffic. It means that the trusted badge can help even a small local business benefit from increased sales from more footfalls.

“At This Place” Feature Testing On by Google

Local businesses located inside malls or similarly large venues often find it difficult to boost their visibility. Google seems to be in the initial phase of testing a feature that will list individual businesses or products within a listing for a major attraction that may be of great interest to many local businesses trying to boost their footfalls. As of now, not too many details of this new feature are available, but the initiative is an example of the extent Google is going to map local communities.

Until now, you had no way of telling Google that a particular business did not exist when using the Business Redressal Complaint Form. Now the form has been updated to allow you to do so, instead of simply putting in a complaint that the listing had incorrect information that gave the impression that the business was legitimate. The result of Google acting to clean up fake listings is better visibility for small businesses. By fighting spam, it is easier to get better local search rankings.

The summer of 2022 is likely to be interesting and productive for small businesses even as the economy surges forward by shaking off the remaining effects of the COVID-19 pandemic. However, small businesses will do well to keep a keen eye out for developments regarding S.2992, the American Choice and Innovation Online Act that seeks to limit the influence of large online platforms in several ways. Likely, curbing the power of large businesses over how small businesses can operate will stimulate their diversity and innovation and generate more traffic directly to their websites. A more diversified review scenario or even throwing into focus review platforms may only help small and local businesses to thrive. Local businesses could be witnessing the start of a long standoff with the behemoths of e-commerce, but the local community will likely benefit from more creativity and choice.

Sponsored content is one of the most effective ways to get more eyeballs on your website. It is so strong that it’s overtaking banner...

How to Create a Successful TikTok Marketing Strategy

9 Steps to Write a Technical Article

What is Facebook Marketplace and How Can You Use it?

Social Media and the Best Examples of Customer Service Outsourcing

How is Writing Guest Article Beneficial To the SEO Web Editor?

How to Earn From the Bing Search Engine

15 Hacks to Accelerate Your Crypto Projects

Books Begone! How do People Read in 2022

It goes without saying that people consume literature in a completely...
SEO

Banking, shopping, and interacting with businesses have all become a lot...
SEO

One of the most critical aspects of an e-commerce site is...
SEO

One of the best digital marketing techniques is word of mouth....

How SEO Services Can Benefit Your Brand In 2023

Do you want to gain the maximum benefit from SEO services? If yes, you have to follow certain tricks to help you meet your goals within a specific time. Proper schemes can make things work for you in the correct direction.Without appropriate SEO services, your company cannot...

Estimating how much revenue a business makes can be tough but leveraging the right tools that accurately estimate publishers' ad earnings makes it a bit easier.Many variables influence your ad revenue, such as the layout of the site, the number of ads, visitor demographics, ad viewability, etc....

Today, digital marketing not only collects reliable and objective information about the target audience but also monitors the results of promoting a brand or product.What is digital marketing in simple words? It is a way for companies to interact with their customers through their devices. Engaged in...