Leica has revealed its new M10 rangefinder model, the M10-R. The M10-R is physically identical to the versions before M10-P and M10, with the same overall design and handling. What’s unique is the latest 40.89-megapixel CMOS sensor, directly under the hood. M10-R is Similar to the black-and-white 40-megapixel sensor found in the Monochrome M10. The latest chip has a massive spike in resolution over the 24-megapixel sensor in the M10 and M10-P. The latest M10-R is expected to be available for $8,295 in black or silver colors in July.

The M10-R bears the same frame, the same display, the same interface, the same power, the same processor chip, and the same quiet shutter as the M10-P. Its new camera has an ISO range of 100 to 50,000, and Leica argues it has a better dynamic range of one to two stops than the 24-megapixel sensor.   Like other M10 models, the R lacks any video recording capability, though it has built-in Wi-Fi network support that runs with Leica’s FOTO mobile phone app. 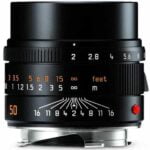 It shoots just like any other M10 model, as predicted. Leica’s rangefinders are not known for their technological capabilities, but their experience when taking images. At first, the experience can be very frustrating for many, including myself, as the M10-R lacks modern conveniences such as autofocus and advanced auto-exposure options. When you’ve become accustomed to shooting and focusing on the rangefinder style, the M10-R will reward stunning photographs with a distinctive look to them.

Providing the significantly higher resolution picture quality, the M10-R camera performs as quickly as other M10 versions, and there was no noticeable delay in displaying or zooming in on LCD screen images. However, as a typical JPEG image is about 12 megabytes, and a DNG RAW file is well over 40 megabytes, those images will occupy lots of your camera storage.

The M10-R is now the fifth version of the M10 line, while the M10, M10-P, M10-D, and M10 Monochrom are all still available, released since 2017. It is referred to by the company as the lineup’s “pinnacle.” If this means the M10-R is the last M10 we’ll see before Leica does, what remains to be seen is a more comprehensive design revamp. But for now, it represents a great experience with the digital rangefinder.