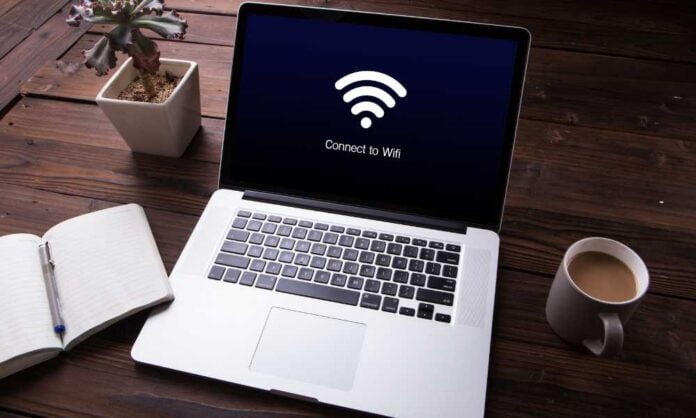 WiFi speed booster, also known as or WiFi range extender (internet speed booster), is an extremely cost-effective and simple solution to improve the performance of your network coverage.

An Internet speed Booster or range extender is used to increase your WiFi network’s coverage area. It works by detecting and enhancing your existing Wi-Fi signal and then transmits the increased signal.

With a Wifi range extender, you can practically double your WiFi network‘s coverage area, extending connectivity to remote areas of your home or business, other floors, or even your yard.

Why you need a WiFi Speed Booster? 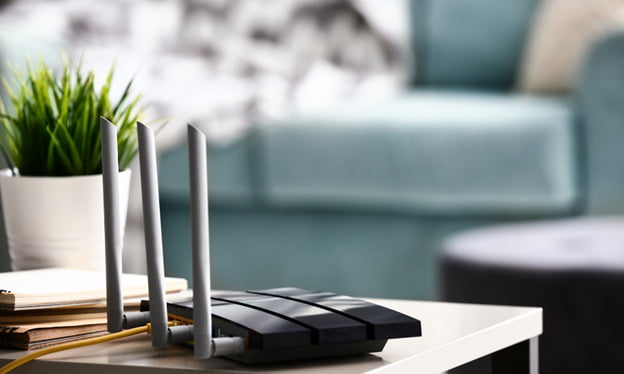 Inside a house or a building, several areas or rooms where the signals and internet speed become weak, and you can not access the Wi-Fi network easily.

WiFi speed boosters are great for extending WiFi coverage to a room that is too far from your router, but they fail to perform effectively when the distance is too great.

For instance, if your Wi-Fi router is located on the ground floor and you wish to extend your Wi-Fi to the second or third floors, a typical Wi-Fi router will almost certainly suffer.

For comparison, if your Wi-Fi router is located on the ground floor and you wish to extend your Wi-Fi to the second or third floors, a typical WiFi router will almost certainly suffer.

Several critical reasons why you should invest in a WiFi speed booster.

Are you the owner of a sizable home? The National Association of Home Builders reports that the average size of a home in the United States has nearly doubled since 1970. It’s difficult for a single wireless router to cover a larger home.

A standard Wi-Fi router may be insufficient to cover the entire house:

How Does the WiFi Speed Booster Work?

A wireless speed booster or extension is connected to your Internet speed Booster through a wire. It intercepts the router’s signal and extends it to areas where regular router signals do not reach.

It takes advantage of your home or building’s electrical system to transmit your internet connection signal from your modem to a wireless adapter located in another room. It is only at that point that the signal is converted to a wireless one. As a result, the distance over which you broadcast Wi-Fi to reach your devices is reduced. As a result, your connection speeds in those remote sections of your home will be faster.

A Wi-Fi repeater or extender is a device that consists of two wireless routers comparable to the ones currently installed in your house or office. One of these wireless routers detects the current Wi-Fi network and connects to it. It then delivers the enhanced signal to the second wireless router.

Certain gadgets rely entirely on wireless communication to transmit data from point to point. This can reduce your bandwidth and result in a slower connection, even if the link is extended to a greater area.

What’s the difference between a Wi-Fi repeater, extender, or booster?

Wi-Fi boosters, repeaters, and extenders are essentially interchangeable terms for devices that enhance Wi-Fi coverage. Clearly, Wi-Fi extenders and Wi-Fi repeaters have a lot in common. However, their behavior is markedly different.

The repeater operates by reproducing the received signal while it is sent to a wireless device. This implies you will continue to use the same wireless network ID as you started with. Additionally, many boosters include the option of employing a Wi-Fi extender as a Wi-Fi repeater. It may be as simple as altering the settings on the Wi-Fi booster to allow for the use of a single SSID or network name. Additionally, you can locate a Wi-Fi extender that supports several SSIDs or network names with distinct and independent passes.

A Wi-Fi extender works by extracting a signal from a router and transferring it to a device. While this is happening, the extender is not transmitting coverage under the same network name as the initial wireless network.

Wi-Fi transmissions operate in the same radio frequency band as conventional radios, cell phones, microwave ovens, walkie-talkies, and baby monitors, among other devices. Of course, Wi-Fi networks can interfere with one another, which is a fairly common problem in apartment complexes and other densely populated regions.

Multi-device video conferencing or streaming can bog down even the most powerful Wi-Fi network. To ensure the greatest experience possible, managing bandwidth and preventing them from stealing it from others is critical.

You might easily spend an entire day debugging bad Wi-Fi performance without understanding that the issue is actually with your internet service provider. Connect to the internet via a wired connection and run an internet speed test to determine if this is the case. The downloaded and uploaded data should match the rates advertised by your Internet service provider. If they do not, do not be afraid to express your dissatisfaction.

Not every router is created equal. A low-cost router cannot fairly be expected to provide dependable wireless internet connectivity to a busy office with many fax machines, Wi-Fi-connected printers, and wireless security cameras.

Physical distance: Clearly, for technical and safety reasons, Wi-Fi routers do not transmit electricity in the same way that cell towers do. Cheaper routers may struggle to provide a strong Wi-Fi signal throughout a relatively small apartment, much alone a whole house. Utilize a Wi-Fi analyzer app such as Net Spot to determine the range of your Wi-Fi router.

Several Wi-Fi speed boosters are currently available on the market. Some of them are inexpensive, while others require a financial investment. We’ve compiled a list of some of the best.

Two of the range extenders support EasyMesh, and the DAP-X1870 is nearly identical in operation. Both could seamlessly integrate into an existing network and improve its speeds to my home’s Wi-Fi signal dead zone without requiring a new “EXT” network. I like the less-priced D-Link DAP-X1870 to the more expensive D-Link DAP-X1880.

Consider the following scenario: you want to increase your home internet connection range, but you don’t want to go back and forth between your standard Wi-Fi network and the “EXT” network of a range extender. You want to keep everything united on a single network that directs your connection automatically through the range extender as necessary. Your best option is to upgrade to a mesh network system, as mesh routers are specifically intended for this purpose.

Having said that, if you do your homework, you can locate range extenders that make the same promise. It’s a more difficult operation, as you’ll frequently be connecting your range extender to an off-brand router manufactured by a different manufacturer. Fortunately, there is a uniform standard called EasyMesh created to ensure that everything plays nicely together.

It’s a straightforward remedy that’s significantly less expensive than a large hardware upgrade. It’s simple to use and significantly improves performance with the TP-Link Archer A7 router.

Connect it to your home network and hit the WPS button to pair it. It will then begin broadcasting its networks on the 2.4 and 5GHz bands. Both provided consistent speeds throughout the home, with average download speeds of at least 75Mbps on the 5GHz band in every room. TP-RE220 Link’s is a low-cost way to add more reliable Wi-Fi coverage and an Ethernet port to a portion of your home if you already have a router and a wireless network.

It’s an excellent alternative if you need to boost the signal to a back room that is out of reach of the router, but you want to pay as little as possible to do it.

The TP-Link RE220 range extender was the least priced. However, this did not prevent it from outperforming anything. This Wi-Fi extender is dependable, fast, compatible with nearly any router on the market, and simple to use.

The TP-Link RE220 is a low-cost dual-band Wi-Fi extender that significantly enhanced our standalone router’s Wi-Fi quality and connection dependability during testing.

The RE220 is not a miracle, as it improves reliability at the expense of speed, but it is a temporary solution for dropped Wi-Fi connections in a small area of your home.

It’s simple to configure, it’s not overly large, and it includes an Ethernet connector for connecting connected devices. You can use the RE220’s OneMesh functionality if you have a compatible TP-Link router.

Check out: Best Wi-Fi Extenders: Get Faster Internet For Your Home

The TP-Link RE505X is a low-cost Wi-Fi range extender that supports Wi-Fi 6, which means it enables faster, more efficient speeds for current-generation devices equipped with the newest Wi-Fi radios.

The RE505X is a very consistent performer and powerful enough to deliver average download rates of up to 140 megabits per second throughout the home. Assume you have a 300Mbps fiber connection and a dead zone at the back where rates frequently fall into the single digits. Average upload speeds in that dead zone were also comfortably above 50Mbps, which is sufficient for HD video calls and other tasks that require significant uploads.

The sole legitimate critique is that the RE505X produces a distinct “EXT” version of your WiFi network rather than integrating it into it for a unified experience; nonetheless, if that is a deal-breaker, continue reading for a decent option.

This enables you to stream HD video, browse the web, and conduct video conversations without encountering any issues on the extender’s network. However, network speeds can be unreliable and significantly slower during daytime hours.

The only range extender to ever achieve triple digits in performance tests, with an average of 104Mbps. The setup process is the same as that of TP-Link.

Additionally, during speed tests, the device will lose connectivity at one point.

This range extender appears to be well-built, featuring a dual external antenna configuration. Given that this is not D-most Link’s recent model, there is a strong chance you can get it on sale someplace.

Some other best WiFi Speed Boosters (internet speed booster) are:

If you want strong wifi signals to access your house or in an office, you need to place your Internet speed Booster in the center of the open space; otherwise, you have to go for the wifi extenders for a better experience.