What Does 5G Actually Change for Phone Users? 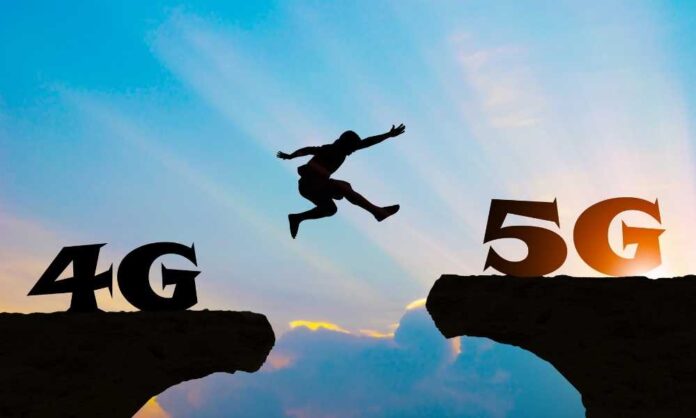 At this point, you’ve likely heard about 5G. Just a couple of years ago, the fifth generation mobile network technology was a favorite headline with promises of lightening fast speeds and ultra-low latency to power smart cities, robotic surgery, driverless cars and beyond.

Fast forward to date, and you’ve probably even experienced 5G networks yourself, thanks to its rollout around the world and the many 5G phones in the market today. For instance, Apple’s latest iPhone was its first 5G phone, and the technology helped the manufacturer crush sales records and regain first place in the smartphone market.

However, there’s a good chance you haven’t been as blown away as the headlines promised.

To be clear, this doesn’t mean 5G isn’t a significant improvement in wireless network technology. It just means we are yet to see 5G as advertised – that super wireless network that will power futuristic technologies like artificial intelligence, machine learning, robotics, and so on. And that’s because of the different versions of 5G we will pass through before getting to the holy grail of all fifth generation wireless networks.

But let’s not get ahead of ourselves. Most people are simply interested in how 5G will actually change their smartphone experience. And while there’s a good chance you’ve already used a 5G phone, you’ve probably not experienced its full capabilities.

In this article, we’ll tell you all about how the full potential of 5G will be unlocked, and what it can actually change for phone users.

5G adoption rate around the world

Let’s start off with just how quickly 5G is being embraced around the world. The Statista chart below shows Ericsson’s latest Mobility Report, (link to, https://www.ericsson.com/en/mobility-report) forecasting the growth in 5G subscriptions from 2020 to 2026:

One of the first things that sticks out from the chart above is the significant jump in 5G subscriptions between 2020 and 2021 – 212 million to 600 million respectively, an increase of over 180 percent within a year. And by 2026, 5G subscriptions are expected to have grown to well over 3 billion around the world – almost 1,400 percent in 6 years.

These figures alone represent just how vast the 5G reach can be, and how fast that reach will grow. If the forecasts hold true, whatever changes 5G may have in store for us will be as rapid as its predicted growth rate.

5G spectrum allocation and how it could change your phone usage

The selling points for 5G plans are centered on three key improvements – faster speeds, higher bandwidth, and low-to-zero latency. When these factors are realized in their full potential, we could see some significant changes in how we use our smartphones.

We’re not there yet, however, but we’re getting closer. To fully understand the various stages of the 5G rollout, as well as how the technology will change smartphone usage in the coming months and years, let’s take a quick look at spectrum allocation.

Not all 5G networks are created equal. The most common spectrum being utilized for 5G today is sub-6 GHz, which is further divided into low- and mid-band segments. Sub-6 5G isn’t much faster than your current 4G LTE network. In fact, in some cases, some LTE networks have recorded faster speeds than sub-6 5G networks, especially those in the low-band range. Assuming that was all 5G had to offer, there wouldn’t be much changes to look forward to, regardless of its fast-paced adoption rate.

But the 5G rollout is a stage-by-stage process, and the next stage is millimeter wave, popularly known as mmWave 5G, which typically lies between 24GHz and 48GHz (link to, https://www.ericsson.com/en/reports-and-papers/further-insights/leveraging-the-potential-of-5g-millimeter-wave) (but could go as high as 300GHz). mmWave 5G is the beginning of 5G as initially advertised, with speeds as high as 50 times faster than current 4G networks, and even much faster as the rollout unfolds.

mmWave 5G is where the changes begin. With such fast speeds, high capacity, and low latency, you can expect an entirely different experience in the palm of your hands:

One obvious benefit for phone users is the significant increase in download speeds. Downloading an HD movie on current LTE networks could take over 30 minutes, and could run a lot higher depending on your service provider, location, and device.

Downloading an HD movie on an mmWave 5G network, on the other hand, will take seconds. This is true on current popular mmWave spectra (26GHz range), and will become faster as higher frequencies roll out.

Imagine going into an event with a large audience and tapping into an app that allows you switch between multiple high definition camera views to catch every angle without missing a beat. Current LTE and sub-6 5G networks have a hard time handling such densely populated areas, such as crowded urban cities, concerts, sporting events, and so on, given the crowded bandwidth. But with the high bandwidth of mmWave spectra being untouched by cellular networks until now, there’s more than enough capacity to handle massive data transfers.

With such ultra-low latency, streaming high definition movies and games on your phone without any lag will become the norm. This holds true for live surveillance and broadcasts as well, and could bring futuristic technologies like Augmented Reality (AR) and Virtual Reality (VR) games to your smartphone.

Yes, 5G will eventually dwarf 4G, but is downloading an HD movie in seconds really that important when you can do so in minutes? Is streaming HD content without any lag such a big deal when you can stream a slightly lower quality on current 4G networks without any lag?

Answering these questions depends on the user, so it’s all really subjective. It also depends on whether 5G will bring about additional costs beyond purchasing a new smartphone – for instance, will a 5G SIM plan cost more than current 4G plans?

Regardless of the answers to these questions, the fact remains that 5G is rolling out at such a fast pace and getting adopted at an even faster pace. With major smartphone manufacturers now only releasing 5G-capable phones (and even mm-Wave 5G smartphones), 5G will eventually become the norm as 4G takes the backseat and 3G gets phased out.

Check out: Why Internet Sped Drops All of a Sudden at Night?