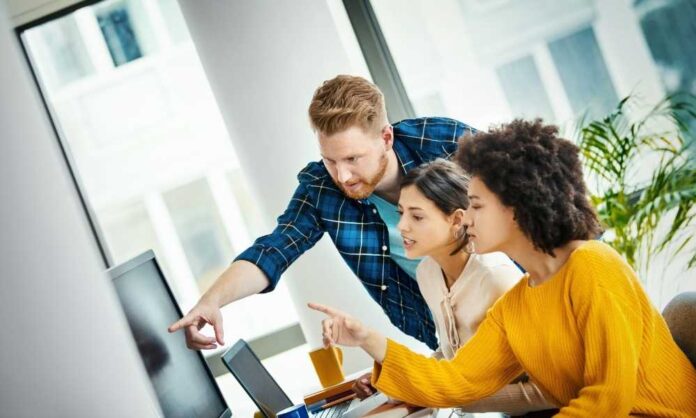 Android, since 2008, has come to become a standard for many when it comes to mobile operating systems. It’s still a fast-moving market, with many people relying on Android to power their devices. As a student, you might have heard about Android app development but might have difficulty figuring out if it’s for you. This article aims to make your decision easier by going over 6 reasons students should learn Android app development.

Here are 6 reasons students might want to take out some time to learn Android app development:

It is a free and open-source software

Android is an extremely popular, free, and open-source software. You don’t need to buy a special license to use the software and learn with it. Many people in different parts of the world use Android for mobile devices such as phones and tablets. The code behind Android is open-source, which means you can have a look at it and make contributions to it. Working on open-source projects is one way to make you stand out from the crowd, so you might want to consider learning the language.

There are many job opportunities.

In the global mobile operating system market, Android has an impressive 70% control, making it the number one globally. The implication of this is that many people, startups, and companies can make use of your services. When you learn Android, you could begin to work on projects, either in a personal or professional capacity, to the point that you become an Android developer.

You could decide to launch your app, and in some cases, it wouldn’t need to be that fancy. As long as people enjoy it, you would have about 70% of the world’s devices that can easily download your app. For a start, you could decide to focus more on useful apps for students as this is a market.

Learning Android would require you to face challenges on a daily process. The entire process might not be the smoothest as it’s common for programmers to face computer “bugs” and errors. What makes programmers highly sort after and paid handsomely is that they can solve these problems. When you first start to learn Android, your problem-solving skills might not be the best, but with time and experience, you are sure to improve. There Are also different online platforms such as StackOverflow that you can use to solve your Android problems.

It does not take long to learn

Programming languages generally don’t take that long to learn, but Android is faster than most. Android can be described as fast and reliable; two words commonly used to describe WritingUniverse.com because of how well students who use their writing services have enjoyed it.

Depending on how much free time you have, you learn Android is a matter of months. As a student, you could decide to spend 4 hours on the weekends so that you can learn Android in 3 months. It’s possible that due to your experience with programming languages, you might be able to learn and understand it in a shorter time frame.

It can pay well

Android developers are often sorted after by many classes of people. You can teach Android to fellow students looking for a tutor, or you could work on freelance projects while being in school. There have been cases of students earning as much as $500 a month after spending 4 hours of work.

This could provide you with the cash needed to sort out some of your expenses. Also, the skills you’ll be picking up along the way will make you a more expensive developer. With time, you could be earning double what you charge, and by the time you graduate from school, you will be in an excellent position to enter the job market.

You can become more creative

Not every problem can be solved with force—this is very common in programming. As a computer programmer, you would have to be creative in your approach when faced with challenges. At times, you might even reshape how processes were done in the past.

An Android developer tends to become more and more creative with time as their personal experiences, along with that of colleagues, tend to shape their thinking ability to that of a more creative person. This creative mindset can also be applied to other aspects of life, including academics.

Learning anything new can be a mental and physical challenge at times. For students, academic and personal activities might make learning Android difficult. However, it’s a skill that is still highly favored in the job market and can provide you with the stability needed when you graduate. Hopefully, the tips and information provided in this article have helped convince you why Android app development should be learned.

Joanne Elliot is an Android developer and freelance writer. She has worked on numerous projects for software companies, including startups. Joanne uses her articles to inform students and the general public tips they can apply in the tech market to improve their lives.