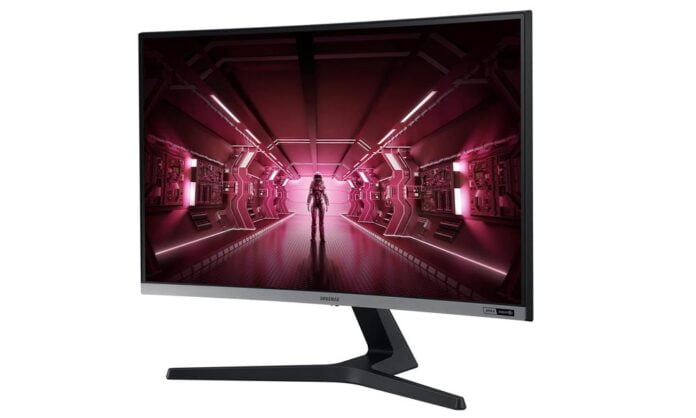 4K gaming monitors are becoming more and more popular amongst gamers, especially as consoles, desktops and laptops alike are becoming more capable of running games at 4K. But when there are cheaper 1080p and 1440p monitors available, are 4K monitors really worth it for gaming? Let’s take a look.

What exactly is 4K Gaming Monitor?

If you’re relatively new to the world of gaming, you may be wondering what exactly a 4K monitor is.

Sure, a 4K monitor is “better” than an HD or QHD monitor, but in what way?

Put simply, a 4K monitor has more pixels than alternative types of monitors. For the most part, a 4K monitor will have 3,840 x 2,160 pixels.

Because of this high number of pixels, a 4K monitor will offer a sharper, clearer picture that possesses far more detail compared to a monitor with fewer pixels, such as 1080p or 1440p.

It’s important to note, however, that 4K gaming monitors work better at larger screen sizes. For example, 4K on a 15-inch monitor display won’t be particularly noticeable. On the other hand, once you start looking at displays of 27-inches or larger, 4K makes a noticeable difference to image quality.

What sort of system do you need to play games on a 4K monitor?

Gaming at 4K isn’t as simple as buying a 4K monitor; you actually need a computer that’s capable of playing games at 4K too.

4K gaming is a fairly new thing, as systems that can play games at 4K just started to come out on the market recently.

If you’re determined to play games at 4K, then you’re going to need a system with an absolutely top-of-the-range graphics card.

As you can see, gaming at 4K doesn’t come cheap!

What should you look for in a 4K monitor for gaming?

If you have a system that’s capable of 4K gaming, then you’re going to want to buy a monitor that has all of the features you need to achieve a great gaming experience.

But, what are those features? You’ll find them below.

One of the key features to look for in a 4K monitor is DisplayPort. This is a newer input type, which is better for gaming.

This is because DisplayPort supports higher resolutions, higher refresh rates, and more bandwidth than alternative input types like HDMI.

To get the most out of your gaming, you’ll need a 4K monitor with adaptive sync technologies.

These are technologies that are designed to align your computer’s graphics card output with what’s displayed on the monitor. This produces a much smoother visual experience and reduces issues like ghosting and tearing, which can occur when a monitor struggles to display a graphics card’s output.

There are two types of adaptive sync technology in use on 4K gaming monitors at present; FreeSync and G-Sync.

If you want to have a great gaming setup at home, then you’ll want to buy a 4K monitor that has a VESA mount.

A VESA mount will allow you to easily affix your monitor to a monitor arm and desk mount. This will enable you to easily move your screen and set it at the perfect height, angle, and position for gaming.

This is especially important if you’re intending to play for long periods of time.

HDR, which stands for High Dynamic Range, is a standard that allows a monitor to provide improved contrast, accurate colors, and more vivid, bold images.

The majority of 4K gaming monitors support HDR. However, it’s worth noting that there are a number of different types of HDR. These include:

Whether a 4K monitor is worth it for gaming is very much dependent upon your priorities and your budget.

If you’re willing to spend considerable sums of money on graphics cards and want to achieve the absolute best visual experience for your games, then a 4K monitor is certainly worth investing in.

However, if you’re happy with a less spectacular visual experience, such as HD, and don’t want to shell out thousands of pounds, then a 4K monitor may not be right for you.

Check out: 2K or 4K? What’s Better on a Gaming Monitor Screen

Live Streaming Services are a form of internet-based broadcasting that delivers...
SEO

Today, digital marketing not only collects reliable and objective information about...
Technology

There has been a strong relationship between healthcare and technology for...
Business Point

Work is undergoing a metamorphosis not witnessed since the Industrial Revolution...

If you’ve ever wondered how to speed up web page load time, boost website performance, and improve the overall user experience (UX), the answer might be found in responsive web design. After all, responsiveness plays a crucial role in the accessibility of a website. The share of internet...

In the early days of radio, listeners had to place a sheet of aluminum in front of the radio to block out interference. Today, we have digital radios free from interference, but they can still be affected by other electrical devices in your home. Trees and buildings...

Undoubtedly one of the trendiest games is valorant! Even though the game is straightforward and much fun, sometimes you need the boost. Here's where brave hacks come into play! There are many cheat providers, let's face it, but most of these either sell very stupid hacks that...

8 Best Family Tracking Apps That Every Parent Must Use

A family tracking app enables you to ensure that your loved ones are always safe. Family means a lot to most people. A special kind of love that some people only experience in their family setups binds them. Therefore, it's unsurprising that some people can go the extra mile...

Getting late in issuing payment receipts directly affects your professional reputation. You have worked hard to earn the trust and build a reputation by matching the client's quality expectations. Will you let it all go because of a delay in receipt generation? Not at all, right?  Thus, you need...

Traditionally, marketers have used different digital advertising strategies and metrics to calculate and monitor the implementation and performance of their marketing campaigns. The primary metrics used by advertisers and businesses to assess the effectiveness of their business are ROI and ROAS. While these two approaches have often been...

Top 12 Lead Generation Tips That You Should Try

Generating leads for your business can be challenging, mainly if you're relying on outdated techniques. If you're looking for some modern lead generation tips, look no further than this article. LeadsForce is a cutting-edge lead generation platform that can help you generate leads more effectively and efficiently. With...