Gaming Experience: Can RAM Cause Games To Crash? 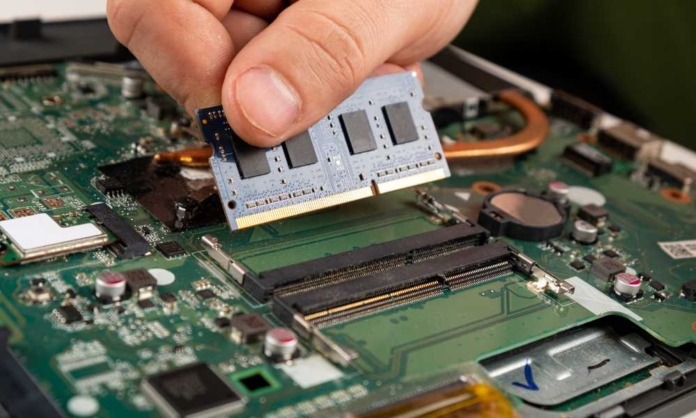 All of us have experienced the frustration of having our games crash. It’s even more frustrating when we don’t understand why it’s happening. Your RAM may be causing your games to crash.

Yes! Ram can cause games to crash. Crashing can result from errors or combinations of errors. You must confirm that the RAM is inserted in the proper slots and has the right speed for the system.

Trying to run high-speed DDR RAM typically leads games to crash. One possible cause of your problem could be that you installed the memory component on an unseated module.

Another possible reason for game crashes is insufficient RAM. You’re in the middle of an intense gaming session when, suddenly, your game starts to lag. And then, before you know it, it crashes.

If you’re experiencing frequent game crashes, troubleshoot your RAM and other potential causes to get to the bottom of the issue.

However, there are other potential causes of game crashes, so it’s important to rule out all possibilities before you conclude that your RAM is the problem.

Yes! It does affect the games as faster RAM can improve the performance and frame rate.

Even though it won’t have as much impact as upgrading your processor or graphics card, it will still have an impact.  Performance enhancements vary from game to game; some significantly improve while others barely experience any.

The amount of RAM you have can affect the loading times of games; if you need more RAM, the game may run. RAM can be considered a “buffer” between the CPU and the game itself. RAM you have can lead you to better gaming performance.

However, it is essential to note that not all games are created equal regarding RAM usage. Some games are much more demanding on RAM than others, so it is essential to consider that when choosing a game to play. The more RAM you have, the more data can be stored in RAM, and the quicker the game can be loaded.

Is 32GB RAM Overkill For Gaming?

Absolutely Not! Having 32GB RAM should not affect the performance of your computer or games. This much RAM may seem excessive for a gaming machine to some, but it is a fantastic method to make sure that your computer is prepared for games in the future.

Regarding gaming, 32GB of RAM may be overkill for some gamers. However, for others, it may be the perfect amount of RAM to ensure a smooth, lag-free gaming experience. It depends on the games you play, your graphics settings, and how many other programs you run in the background.

Can Overclocking RAM Cause Games To Crash?

Definitely YES. Everything, including games, will start crashing if either the RAM sticks or the memory controller can’t handle the settings you’re using.

Second, overclocking RAM can increase the heat output of the RAM, which can lead to thermal throttling and ultimately cause the RAM to become unstable and cause games to crash.

If you’re going to overclock your RAM, test it thoroughly before using it for gaming or other purposes. It’s also essential to monitor your temperatures and ensure your system doesn’t overheat.

How Do You Stop A Game From Crashing?

Beyond (although not limited to) inappropriate hardware and operating systems, games can crash for various causes. For instance, both the game and the video drivers should be current.

Consequently, we now have several debugging techniques to fix the game crashing issue:

There are many reasons a game might crash, so it can be challenging to troubleshoot the issue. You should check if you have the latest version of the game installed. In that case, try updating the game or reinstalling it. Sometimes, crashes can be caused by corrupt game files.

You can fix problems with new games by downloading updates or patches. If the game is old, it may not be compatible with your system. Verify the game files if the game crashes on startup.

Yes, RAM can cause games to crash. Games are resource intensive and require a lot of RAM to run smoothly. If your computer doesn’t have enough RAM, it can lead to games crashing. However, you should be okay with games hitting if you have enough RAM.

From all the evidence, it seems clear that RAM can cause games to crash. Games are becoming increasingly demanding, and as a result, they strain our computer systems.

The best way to avoid crashes is to ensure that you have enough RAM to handle the demands of the game. You may need to upgrade your system if you need more RAM. However, your RAM may be the culprit if you have other issues, such as stuttering or freezing. The best way to test this is to run a memory test.

If you find that your RAM is the cause of your issues, you may need to upgrade to a higher quality or faster RAM module.

The higher power consumption is the main reason of the short battery life of gaming laptops. This is because rendering high-quality graphics takes a lot...

The Best Gaming Laptops 2021 are proof of just how far...
Laptops

Now more strong and feature-rich than ever, the HP Spectre x360...