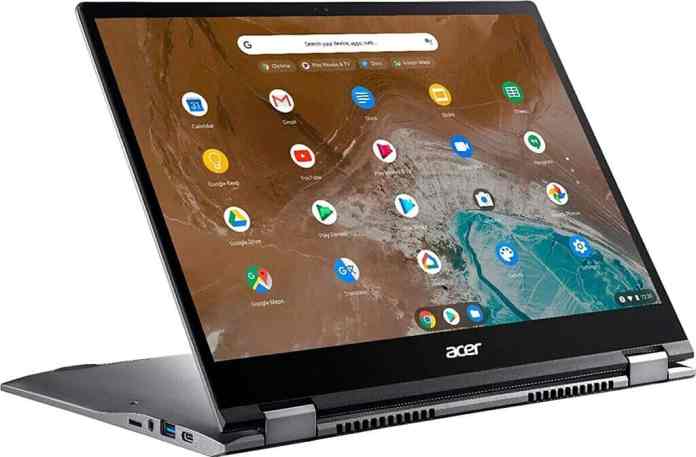 The best Chromebooks are no longer just like traditional laptops running a few Android apps. A Chromebook can now cover a wide range of computing needs, and a decent Chromebook can be more beneficial than an average Windows laptop.

The message that many people want decent Chromebooks has gotten through to manufacturers, rather than just cheap ones. Many of the best Chromebooks are about $500 or $600, but in the higher and lower ranges, there are decent choices as well. The extra cash amount goes a long way in getting something you’re going to be satisfied with.

The performance of Chromebooks has been reliable for the first time in this range. The offerings from Asus, Lenovo, Google, HP, Dell, and Samsung have so many similarities that a conspiracy-minded individual might claim that they are all sourcing their components from the same factory. If you’re comparison shopping, that’s excellent news; the bulk of this list will be decent acquisitions if you can find them at a low price.

The Samsung Galaxy Chromebook is an honourable mention, a lovely laptop with a unique colour and 4K AMOLED display, which due to its sadly short battery life, did not quite make this list. We look forward to reviewing the thin 2-in-1 version of Lenovo’s Flex 5 Chromebook and the affordable IdeaPad Flex 3 Chromebook, a striking chassis, and an SD card reader.

In the best Chromebook, what most users want are probably the same things they want in any laptop:

More Chromebooks than ever before can meet these qualifications, but these are the ones that rise above the rest.

THE BEST CHROMEBOOKS IN 2020

Acer’s Chromebook Spin 713 is the best Chromebook that you can purchase. You’ll have a lot of extra vertical space for your work and multitasking with a stunning 3:2 screen that rivals some more costly competitors.

With a relaxed, quiet feel, and good backlighting, the keyboard is excellent. Even the HDMI port is there, which you don’t see every day on a small Chromebook. And (most significantly) the Intel 10th-Gen processors can accommodate a heavy load of tabs without any problems. The Spin speakers are not lovely, and there is no biometric login, but those are fair compromises to make at this low price for a laptop of this quality.

Acer sets itself apart by making an inexpensive laptop that is outstanding in almost every way in a market where the fundamental discrepancies between Chromebooks in this price range boil down to their screens and maybe an optional stylus.

The Lenovo Chromebook Duet offers outstanding value for its low price if you’re looking for an inexpensive laptop for on-the-go work. It is an ultra-portable 2-in-1 10.1-inch computer with a detachable cover for the keyboard and kickstand.

The Duet includes a MediaTek Helio P60T processor, 4GB of RAM, and up to 128GB of storage, and if you’re only browsing and don’t expect to use a super heavy load, it performs well. It also utilizes a Chrome OS edition made for its convertible form factor, including the first Chrome version designed for tablet use. When removed from its keyboard, the Duet supports an Android-Esque gesture navigation scheme that makes flipping between apps a breeze. But battery life is the most impressive feature; I got close to 11.5 hours of reasonably heavy use.

Naturally, there are disadvantages. There is quite a small touchpad and keyboard, no headphone jack (and just one USB-C port), and the 16:10 screen is a bit dim. But those are fair trade-offs that can be made at such a low price. For schoolwork or on-the-go surfing, this makes a perfect secondary machine.

Asus has a strong record of producing useful Chromebooks, but something unique is the C434. It’s almost unique among this class of laptops, offering a 14-inch screen in a laptop body that’s far closer in size to a 13-inch model. By minimizing the bezels around the computer, it pulls off the trick, which is the same thing the best Windows laptops have been doing lately.

Asus also nailed the fundamentals. The keyboard is excellent to type on, but in dim lighting, it has the irritating issue of being difficult to see since the backlight is the same colour as the keycaps. The trackpad is precise, and I appreciate that not only is there a USB-A port, but on the opposite side of the laptop are the two USB-C ports, so you can plug in on the side you want.

There is also a microSD card slot for expanded storage, and you might need it, as it only comes with 64GB. In this price range, the processor is not the most powerful one to get in a Chromebook, but it should be enough for these tasks, particularly if you consider our suggestion to get the 8GB RAM model.

The HP Chromebook x360 14 is a perfect option if you’re trying to get more power and don’t mind having a slightly larger laptop. HP has many models that come under this name, but to go along with the i3 processor, we recommend the model we tested with 8 GB of RAM and 64 GB of storage.

Although we selected the Asus because of its sleek architecture, the slightly larger HP does not have anything to worry about. It has ports, RAM, and storage that are the same. The keyboard is fine, and since the speakers are up on the keyboard deck rather than on the bottom, it also sounds slightly better.

The Google Pixelbook Go is a stunning 13.3-inch, a no-nonsense laptop that only weighs 2.3 pounds. It has a robust magnesium frame and a ridged grip on the rim to protect itself from sliding on slanted surfaces.

The Pixelbook Go is not only compact and stylish, but it also provides reliable performance and supports fast charging through any of its USB-C ports. The battery life is impressive as well. In our research, the Go lasted over eight hours, and it should get you through a full working day without a problem. But the keyboard is its standout feature, which with good travel and a quiet springy feeling.

As Google Pixelbook Go is an expensive product, it doesn’t top our list because the Chromebook Flip C434 provides identical specifications and features at a slightly lower price. But we believe that many shoppers who appreciate long battery life and lightweight construction would instead choose to spend a little more on this device.

Since its 2017 release, Google hasn’t updated the Pixelbook, but it’s still competitive if you’re looking for a convertible premium Chromebook. It has a lovely style, mixing aluminium and Gorilla Glass with silicone palm rests and features a vivid 2400 x 1600 resolution touchscreen. Compared to 16:9 screens, the 3:2 aspect ratio provides additional space and makes operating in multiple apps and windows more accessible without zooming out.

Since it’s an older model, the Pixelbook doesn’t have the newest Intel processors. Even it should be able to do daily surfing and multitasking just fine with its Core i5 and 8GB of RAM. We got about eight hours of battery life under a pretty heavy load as well. The keyboard and touchpad are both enjoyable and easy to use, and the speakers fire up through the hinge as a neat bonus, so the audio sounds more evident than on many convertible laptops.

As Chromebooks go, it’s a little heavy, but the 3.99-pound Inspiron 14 is still a reliable convertible device that gives it a premium look with a brushed aluminium frame. It has a spacious backlit keyboard and precise colours with a good 1920 x 1080 display. It provides snappy output for streaming, surfing, multitasking, and even more challenging creative activities with an 8th Gen Core i3 processor, 4GB RAM, and 128GB storage.

Talking about musicians, the Inspiron 14 comes with a stylus that resides within the chassis in a dedicated socket, so you don’t have to worry about losing it. It doesn’t need batteries or any charge because of electromagnetic resonance technology (EMR).

The Samsung Chromebook Plus V2 is far from a budget buy. But for its price, it does offer a lot, including a built-in battery-free stylus and an external front-facing camera for short blackboard images or job sites. (The camera above the keyboard, a 13-megapixel autofocus sensor, is also surprisingly high-resolution.)

The V2 also has the right style, including an aluminium lid and a robust hinge, on par with other premium Chromebooks. It’s reasonably compact at 2.9 pounds, and in addition to its two USB-C ports and headphone jack, it has a MicroSD slot.

Even there’s a lot to like about the 2-in-1 C436 if money isn’t an item for you. It has an excellent, lightweight, convertible chassis that is light enough (2.4 pounds) to be used as a tablet for an extended time, unlike many convertible devices. Within, the top corner of the deck has a convenient and snappy keyboard and a fingerprint reader. The sound is superior: the hinge has two Harman Kardon-certified speakers and one on each side of the cover. And it is equipped with an Intel Core i3 10th Gen that performs very well under a heavy load of browsing.

The C436 is an expensive Chromebook, but it feels and looks premium for sure.

The Best Gaming Laptops 2021 are proof of just how far...
Laptops

Now more strong and feature-rich than ever, the HP Spectre x360...