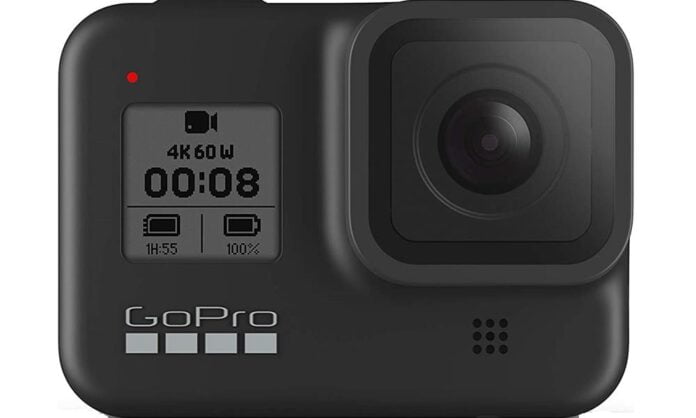 GoPro’s brand-new Hero 8 Black 4K HyperSmooth, Waterproof Action Camera has broken all the sales records during its 1st month as compared to any other camera in the company’s history, according to “third-quarter financial” results released by GoPro Thursday. GoPro said product sales have been up 40% in comparison to the first-month sales of Hero 7 Black in 2018.

GoPro founder and CEO Nicholas Woodman said “Third quarter results are above the guidance provided on October 2nd. We are reiterating our annual revenue outlook of six-to-nine percent growth, and increasing our profitability outlook for the fourth quarter and 2019”.

People have spent much time betting that the advancement in mobile phone photography will put the GoPro cameras on death road. Instead of this, the rising demands for outstanding social-media content – a trend that’s risen up by mobile phones – has built up a breeding ground where every new GoPro camera sells better than ever.

“HERO8 Black and MAX are generating the highest positive social sentiment metrics of any new GoPro and are setting record unit sales for new cameras at GoPro.com. Both products appear to be unquestionable hits with consumers and we’re optimistic about their impact on our business going forward.” Said Nicholas Woodman.

If Hero 8 Black’s sales remain the same, it could possibly bring a large holiday-season for GoPro. The company’s previous model Hero 7 Black has also performed very well last year triggered a solid 4th quarter that made it possible for GoPro to turn its first profit since 2017. GoPro had been predicting between $555 million and $590 million in profits next 4th quarter before Thursday’s release. Any amount of profits made within that way will be adequate for the company’s second-best quarter ever.

GoPro has also announced it achieved 300,000 effective paying subscribers to the company’s cloud storage service, GoPro Plus. It also includes benefits such as camera repairs and other deals. Which indicates about 66% improvement over the previous number of subscribers at this point in 2018. Along with a $5/month fee, GoPro Plus is earning a simple $1.5 million each month for the business. Nicholas Woodman said on Thursday the company wants to increase that subscriber count in 2020.

GoPro has always taken advantage through the years from the reality that it never had a consistent direct opponent, despite several attempts by big companies like Sony, Garmin, and TomTom. DJI has supremacy in drones cameras is a primary reason GoPro left industry so quickly – introduced an Osmo action camera this year, and there is no similar product available on Amazon and other online markets. But figures announced by GoPro Thursday showing that its cameras are not only fiercely favorite in the age of mobile phones, but the company will also maintain its grip digital camera and action camera markets.