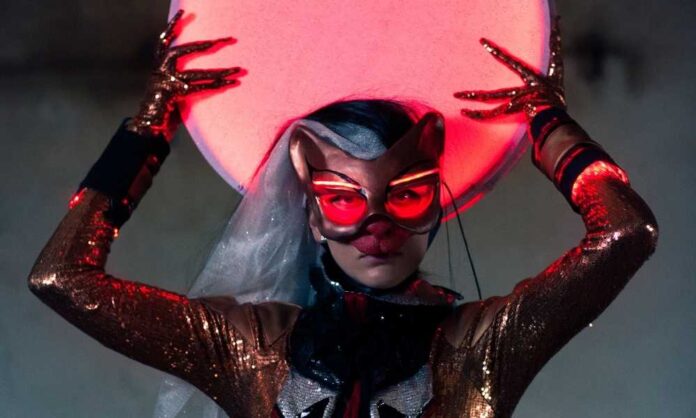 Wars will determine the outcome of future conflicts fought in the digital realm. This prediction was brought to life in the movie Independence Day in 1996, which depicted a conflict between humans and aliens that was ultimately resolved through a cyber-attack on the alien security systems. Nevertheless, an unimportant scene earlier in the movie depicted a cyber weapon system that had the potential to be significantly more effective. In this scene that is often skipped over, Jeff Goldblum tries to locate his ex-wife by using the cellphone signal she is sending from the White House.

The significance of a cyber weapon system arises from another facet of future wars: they will always require ground forces to locate and destroy their adversaries in close combat. This is where this cyber weapon system comes in handy. Consequently, cyber technology will soon be added to the arsenal of weapons that conventional soldiers have access to. The capability of signal triangulation that was depicted in the film Independence Day has the possibility of providing soldiers with a much-needed tactical advantage in the heat of war.

Signal triangulation will enable soldiers to detect their enemies more quickly, an essential ability in ground combat where speed is of the essence. The regulations governing ground combat are not overly complicated. Soldiers are successful if they kill an enemy before they are killed. Whichever side discovers the other’s presence first will be the one to fire the first shot.

The technology for frequency triangulation has been around for quite some time and has developed quite a bit. In point of fact, during World War II, signal triangulation was utilized as a method for determining the locations of hostile aircraft and submarines. In its most fundamental form, signal triangulation consists of pointing a directional antenna in the direction of a radio emitter to find its location. When this measurement is carried out from a minimum of three distinct vantage points, the vectors leading from the antennae to the source will eventually converge on the point where the source is situated in three-dimensional space.

Despite the fact that the process of signal triangulation is simple, there are still two significant technical challenges that need to be overcome. A large amount of processing power required for the triangulation algorithms is the first difficulty that must be overcome. The second difficulty is figuring out how to give the information to the soldier without distracting them or making them feel overwhelmed by it all. The Augmented Reality for Radio Frequency Visualization (ARRFVIS) project is where researchers from all over the Army, including the Army Cyber Institute, collaborate to find answers to these two problems and develop potential solutions.

The use of encryption and frequency hopping by modern military radios to circumvent signal detection and triangulation is the root cause of the first problem. Although there are algorithms that can circumvent these safeguards, doing so requires the collection and examination of radio frequencies across a broad spectrum. The processing that goes along with it calls for a significant amount of computing power, frequently exceeding what is considered reasonable for a soldier to carry.

However, recent developments in cloud computing have opened the door for a possibility that would make it possible for a soldier to have the necessary processing power. Antennae that are used to collect the radio frequency signals that are present in an area will be carried by individual soldiers (or drones!). The signals will first undergo preliminary processing before being sent to the cloud for further analysis. The data would be gathered from various collectors and then processed by cloud computing to determine the precise location of where an enemy radio signal originated. After that, the soldier would receive the coordinates of the radio emitter that had been found.

The second difficulty that arises from a technical standpoint concerns the manner in which the soldier could actually put the coordinates of the radio emitter to use. In the past, they were able to plot these coordinates on a map, then calculate the distance and angular displacement of the enemy based on those coordinates. The tablets that are currently issued to soldiers, such as Nett Warrior or Android Team Awareness Kit, are capable of automating this process so that it can be done more quickly and efficiently. These tablets offer a “moving map” that plots their location, as well as the locations of other friendly units and the likely locations of enemy units. Despite having the tablet, the soldier will still need a significant amount of time in order to translate a 2D map to the real world. Because during this time, the soldier’s head will be peering down at a display, and one of their hands will be off their rifle, they will be particularly susceptible to attack.

The advancement of Augmented Reality (AR) systems, which superimpose translucent graphics onto the line of sight of a wearer, may prove to be the key to solving these problems. The Microsoft Hololens is the most widely used augmented reality (AR) system. It has been met with some level of commercial success and is currently undergoing the process of being militarized for use by the Army. The augmented reality (AR) and signal triangulation capabilities of the ARRFVIS system enable a small marker, such as a red dot, to appear in the soldier’s field of view directly above the location of the radio. This is made possible by the combination of these two technologies. It would not be necessary for the soldier to look down, nor would they need to apply a two-dimensional map to the three-dimensional environment. A soldier would only need to look out into the crowd of people in order to figure out which individuals among them were carrying a radio that was connected to the enemy network. This capability would be a game-changing technology for the soldier, who would then be able to identify and engage their enemies rapidly.

In the future, cyber weapon system will be integrated into every facet of military conflict. Even the lowest-ranking members of the military will have access to the cyber arsenal in the not-too-distant future. A cyber technology known as the ARRFVIS system, combining signal triangulation, augmented reality, and cloud computing, will give soldiers at the lowest combat levels a tactical advantage.