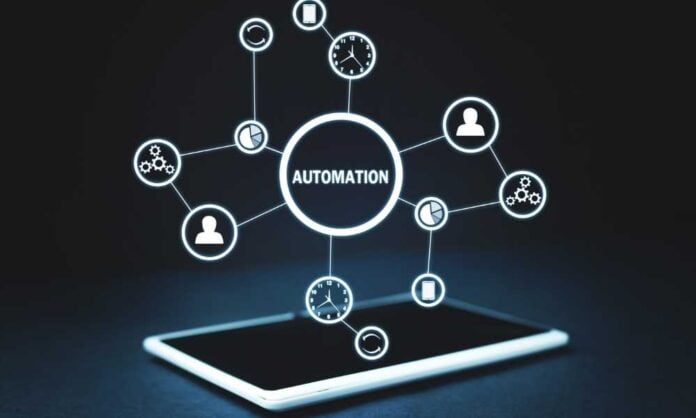 The quality engineering team has a significant role in improving the time to market for products and services and ensuring customer delight. Architects have been developing new practices to automate the life cycle processes to reduce test cycle time and improve product quality. Scriptless Automation Tools or test is one such practice that is an alternative to the traditional automation, which was programming language-dependent. The adoption rate of Scriptless frameworks has improved in the last couple of years, but there are still apprehensions around its capabilities.

Difference between the Working of Scriptless and Scripted Automation Tools

Scriptless automation tools use auto-generating test scripts instead of an automation engineer writing a test script manually utilizing a programming language. The language used in the tool might be proprietary or open, depending on the tool strategy of the vendor. The Scriptless technique is slightly different from the record and playback feature in the first generation automation tools like Silk Test, Rational Robot, or Winrunner. These recording and playback tools worked as an accelerator that helped engineers enhance the recorded scripts by using programming languages like Test Script Language or SQA Basic. Some Scriptless tools do not reveal the source code of the automation scripts to the end-user, whereas some provide enhancement flexibility.

Most organizations’ current test automation coverage levels are low and need improvement to enjoy Agile or DevOps’ benefits. Organizations are now focusing on improving the regression automation coverage levels to implement continuous regression testing daily and weekly builds. Talent availability is a significant challenge faced by most organizations. Most engineers started their careers as manual testers in today’s market, and many did not have a programming background. The developer community also does not prefer to shift their career towards automated testing because they feel that it kills their creativity.

Way to Address the Challenges Faced by Companies While Using Scriptless Test Automation Tools One way to address the shortfall is to upskill the manual testing engineers on programming and automation. Many organizations have succeeded in upskilling mid- and junior-level engineers, with a success rate of around 70%.

The highly experienced manual testing community comprising mostly test managers is still not very open to learning a programming language or an automation tool. They are nearing the end of their IT Career. The manual testing engineers should understand that the existing testing team cannot replace manual testers with automation engineers as domain/application expertise is also a key ingredient in ensuring quality and learning new skills.

One of the significant benefits of Scriptless test automation is that it bridges the gap between technical knowledge and domain expertise by enabling business analysts, manual testers, or subject matter to participate in the testing automation activities. The technique helps quality engineering teams reduce the overall cost of automation and improve collaboration and automation coverage.

We have seen that the Agile software development model causes frequent changes to both the application under test and the regression test packs. Agile teams often struggle to keep their automation regression test packs up to date due to the high effort involved in maintaining scripted automation packs. The scriptless test packs are relatively easy to maintain and cut down the overall maintenance efforts by half.

Many Scriptless tools do not support port automation assets to a format supported by another tool and create a vendor locking. It also does not provide much flexibility to testers to write custom functions required to automate complex scenarios. The alternate approach to getting additional capabilities implemented in the tool is having the vendor implement the feature, which is often time-consuming and expensive.

The Scripted or Scriptless automation approaches have advantages and limitations, which might differ from organization to organization. The decision to adopt an automation approach should be made after considering the team’s appetite for the upskilling, methodology used, budget availability, and the complexity of applications selected for automation.