Apple iPhone 12 lineup: everything we know till now 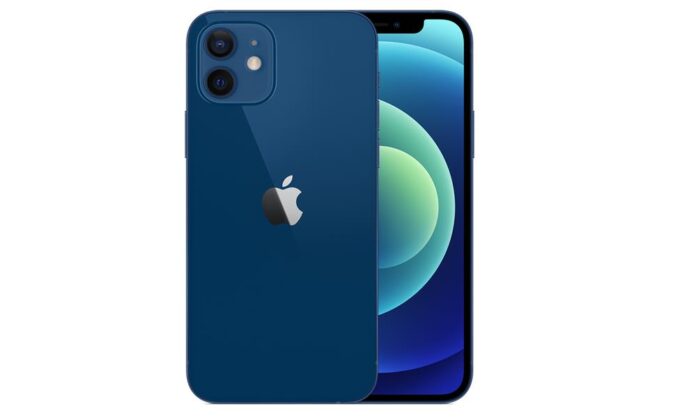 This year is looking like it’s going to be a busy one for the iPhone. Apple is rumored to be planning a new low-cost iPhone, which could launch as early as March, and four separate iPhone 12 models are scheduled for release in September. Read on as we complete all the specifications, design, and features details we know so far about the iPhone 12.

If you’re looking for the iPhone 4 days, 2020 might be your year. We assume the iPhone 12 to mark the come back to slab-sided design, with reports saying the device will look a lot like the iPhone 4. Most senior and Reliable Apple analyst Ming-Chi Kuo has said this would come as part of a significant redesign of the iPhone 12 casing.

Kuo claims that the Apple iPhone 12 will still have curved glass edges around the camera, like the iPhone 11. The analyst has mentioned 2/2.5D glass in his different articles on the 2020 iPhone lineup. The iPhone 11 Pro currently sports a seamless design between the display glass and the stainless-steel edges. That’s different from the iPhone 4, which was squared-off around the sides.

Returning Apple to a boxier product design style with the iPhone 4 makes sense when considering the iPad Pro’s design. Apple redesigned the iPad Pro to a flat-sided body in 2018. Consumers have very well received this update, so it’s no surprise to see the iPhone 12 inspire it.

The front of the iPhone 12 will look almost identical to the iPhone 11. Some research has indicated a possible minor decrease in notch size, but it remains to be seen whether or not that occurs. Face ID will be available on all four iPhone 12 models, and the TrueDepth camera system will house Face ID in the notch.

Although we have a general idea of what the iPhone 12 would look like, new speculation will likely shed more light on additional details as the September release progresses.

The entire Apple flagship iPhone range will be sporting OLED display technology for the first time this year. The four iPhone 12 models, including the successor to the LCD-equipped iPhone 11, are expected to wear OLED displays.

What about Sizing Display? Leaks say that this year, Apple will change the lineup marginally from the iPhone 11. Here’s what we know till now:

Apart from OLED, this year’s iPhones are also rumored to feature “ProMotion” displays with a 120Hz high refresh rate. iPhones have included 60Hz screens, but in 2017 Apple launched 120Hz refresh rates for the iPad range. The doubling of the refresh rate dramatically improves the responsiveness of the user experience with a more efficient conversion of gestures into on-screen motion.

Overall, this may sound complicated, but the point is one smaller iPhone 12, two iPhone 12 versions of the same size as the iPhone 11, and a larger one.

The back of the 5.4-inch iPhone 12 phone sports two cameras. This will probably consist of ultra-wide, broad-angle lenses. The lower-end 6.1-inch iPhone 12 is expected to run the same setup.

With the two high-end iPhone 12 models, things are getting a little more interesting. Here, we expect an iPhone 11 Pro-like triple-lens camera system: broad, ultra-wide, and telephoto. But it’s also anticipated that these two iPhone models will feature a new 3D time-of-flight sensor.

A time-of-flight (ToF) sensor is identical to the TrueDepth infrared camera system used for Face ID on the front side of iPhones. Introducing a ToF 3D sensing system to the back camera would allow higher-fidelity 3D captures of photographs, ultimately opening new opportunities for augmented reality. Because of its laser-powered technology, the ToF sensor would also be more powerful and operate longer distances than the TrueDepth system.

This top sensor could also improve things that depend on depth data, such as the Portrait mode and augmented reality features.

In terms of features, it is anticipated that the iPhone 12 models will include everything currently available on the iPhone 11, including Deep Fusion and Night mode. It is, therefore, possible that Apple will have more software image processing features planned for this year, mainly to benefit from the new ToF technology.

What about the camera at the front? We don’t know much so far, but the iPhone 11 certainly offers room for improvement. We’ll refresh to learn more about the front-facing camera for the iPhone 12.

It is expected that the iPhone 12 models will feature the next generation of Apple’s A-series processors, possibly named the A14.

According to a recent supply chain study, Apple’s partner TSMC is on track to start producing the A14 processor using a new 5-nanometer process in Q2. The A13 was manufactured with a 7nm processor, so thanks to the 5nm process, the A14 should be more power-efficient and quicker.

Precisely what sort of performance are we waiting for? Early estimates indicate that the A14 could make the iPhone 12 as powerful as the 15-inch MacBook Pro when combined with the rumored 6GB RAM. Thanks to a particular emphasis on multi-core performance, game efficiency could be improved by more than 50 percent. Such advances are mainly due to the 5 nm production process.

The iPhone 12 could also feature enhanced Face ID performance outside of the latest A14 CPU. Barclays analysts say the iPhone 12 lineup will feature a “refreshed” Face ID system. This precisely the analysts’ mean by “refreshed” is uncertain, but with improved performance and other improvements, it could suggest that Apple would update the TrueDepth camera system used for Face ID.

The iPhone 11 also featured improved Face ID performance, but this was mainly due to iOS 13 rather than upgrades to hardware. It sounds we could be in store for actual hardware improvements this year to boost Face ID recognition.

Most noticeably, perhaps all four of this year’s introduced iPhone 12 models are supposed to feature 5G connectivity. Notwithstanding some early reports to the contrary, support for both 5G models is anticipated of all four: sub-6 GHz 5G and mmWave 5G.

Different providers around the world roll out sub-6GHz and mmWave networks in various deployments and on respective timelines. mmWave is the most impressive gigabit-like technology, but its range is much smaller. By contrast, in the United States, sub-6GHz 5 G rollouts usually reach speeds in the speed range of 100-150 Mbps.

All four variants will offer support for both types of 5G, which will be helpful not only for customers in the United States and worldwide, where 5G upgrades are different.

Although Apple is launching its in-house modems for iPhone, the iPhone 12 will likely feature Qualcomm modems.

Furthermore, it is essential to remember that Apple embracing 5G is only half the story: it needs to be available from carriers. Although the early deployment of mmWave 5G is underway, the minimal range means broader rollouts outside major cities, and farther out are high-density areas. When operators ruin the 5G rollout, the iPhone 12 to h won’t be as notable.

Furthermore, it is important to remember that Apple embracing 5G is only half the story: it needs to be available from carriers. Although the early deployment of mmWave 5G is underway, the minimal range means broader rollouts outside major cities, and farther out are high-density areas. When operators ruin the 5G rollout, the iPhone 12 to h won’t be as notable.

All existing evidence points to the iPhone being named the iPhone 12 this year. It makes sense given the upcoming redesign, making it unlikely that Apple will turn 2020 into an “S” year for updates to iPhones. Though, it’s unclear how exactly Apple wants to mark each of the four iPhone models.

Just like branding, it is tough to predict the pricing of unreleased iPhone models. Apple set a precedent in 2019 by lowering the entry-level iPhone 11 price to $699, but it remains to be seen whether or not that continues.

Lastly, analysts say that Apple is reportedly scheduled to release the iPhone 12 this September. Nevertheless, considering that we are still eight months away, we can not rule out the possibility of delays. It’s also conceivable that Apple will delay the release of the four different models.

Check out: Apple iPhone 12 Pro Tipped to Sport A14 Chipset