Getting A Luxury Watch? Check Out The GMT-Master II 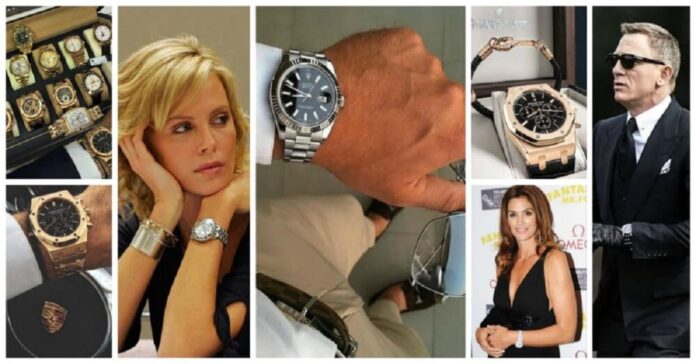 Rolex is the most popular and luxury watch brand in the market. It is well-distinguished in innovation and stylish appearance like most antique materials; Rolex has a very long history that its brand name’s integrity name. From the brilliant minds behind the production to harnessing the fine materials used on every piece of watch that they produce.

These things helped Rolex establish its reputation and build its credibility in Luxury watch Rolex’s most popular inventions relax the GMT Master in 1954 that kick-started their innovations on multi-purpose, multi-time zone watch features.

In 1905, Hans Wilsdorf and Alfred Davis founded a watch manufacturing brand initially called “Wilsdorf and Davis” but was later registered as Rolex in 1908. From London, England, Waldorf relocated the headquarters of Rolex to Geneva, Switzerland, in 1919 to evade high-cost taxes caused by the war.

In 1983, Rolex released to the public its newest model that became popular to pilots that travels across the Atlantic Ocean; the GMT-Master II. This is an improved version of its original form, which is called the GMT Master. Pilots used this watch primarily during flights because of its supreme feature of reading two time zones simultaneously.

Rolex was also the first Luxury watch manufacturer that earned chronometer certification from the COSC (Contrôle Officiel Suisse des Chronomètres). It is an institute responsible for certifying the accuracy and precision of every Swiss-made watch.

Rolex revolutionized the waterproof feature of watches in the market. This resulted in them producing Rolex Oyster as their waterproof Luxury watch that was officially recognized and confirmed by Jacques Piccard as a watch that can submerge underwater for 11,000 meters without losing a portion of its precision and accuracy.

Today, Rolex produces over 800,000 watches annually and is known to be a status symbol in society. Additionally, in 2018, Forbes ranked Rolex as the world’s 71st most valuable brand. No doubt, Rolex has marked its place in the history of timepiece production.

The primary purpose of GMT-Master II is to allow travellers to read two time zones simultaneously; the hands can display the local time and reference time, or local time and that of an alternative time zone.

The GMT-Master II was made around the 1980s. However, the original version– which is the GMT Master, was still in production when Rolex released the GMT-Master II. Its premier feature is its independently adjustable hour hand and minute hand that lets the wearer read the third time zone without compromising the other two.

GMT Master was undoubtedly a successful advancement for timepiece production; thus, not long after, GMT-Master II followed. The minds behind Rolex Luxury watch development took on the challenge to innovate the GMT Master to a great extent. It was inevitable for them to release new versions, models, and designs of the original piece. The majority of the population highly recognised as a watch that could represent the epitome of timepiece innovation.

The production of the modern-day GMT-Master II is now made of 904L steel. This makes the modern GMT-Master II more resistant to rust and corrosion. Almost no one in the entire Luxury watch manufacturing industry uses 904L steel besides Rolex. That is why it is undeniable that this luxury brand is deserving of its title.

After GMT Batman’s successful first appearance in 2013, it is recognized as the highest demand timepiece of Rolex and the main highlight of the entire year’s show.

Then, here comes the revival of the original 1955 bezel in the year 2014. The brand had initiated the GMT Master II “Pepsi” resurgence of 1995, bringing back the classic style of GMT Master.

The GMT Master II “Pepsi” is now first-rate regarding quality and price with a new red ceramic bezel. It is being recognized that the colour of more unique ceramic bezels will last for a lifetime, and scratch-resistance of the ceramic guarantees to always look like a brand-new one. Wearers can even much simpler read a time in the three different time zones. That’s why there’s no doubt why GMT Master II “Pepsi,” a reincarnation of the original classic Rolex’s timepiece, is now on peak success as one of the highest in demand timepieces.

Likewise, the brand had presented two more GMT-Master II models, one in red Everose gold and steel, and the other model is in Everose gold-tone, both with a two-tone earthy coloured and dark bezel. Giving them the epithet “Root Beer.” These new GMT-Master IIs delivered in 2018, which used the new Caliber 3285 movement, adding Paraflex shock and a 70-hour power hold (rather than 48 hours) over the Caliber 3186.

This latest model was released in the market with minimal numbers. Some watches are even resold via online auctions, which the price is becoming higher (twice than the latest watches). After the older version of Batman was discontinued, a new version of Batman was released in 2019. They upgraded it into Caliber 3285 movement and changed the bracelet into a Jubilee and an Oysterclasp lock.

Visit our related blog: Why You Should Invest in Buying Oris Watches

When comparing the latest version of GMT Master II to the older ones, it is really a far superior Luxury watch in many components. It uses high-quality clasps and bracelets, a new ceramic bezel, a lining up of the rotation every hour, and the newest white gold option. Nonetheless, the first-ever and original version of GMT Master II ref. 16760 is best-known for its rich history and has so much story to tell its high value. As one of the top-pick watches for almost all buyers and collectors worldwide, there can be no doubt why GMT Master II is becoming trendy and a first-class timepiece day by day.

Check out: The Popularity Of Rolex Watches And Why You Should Have One