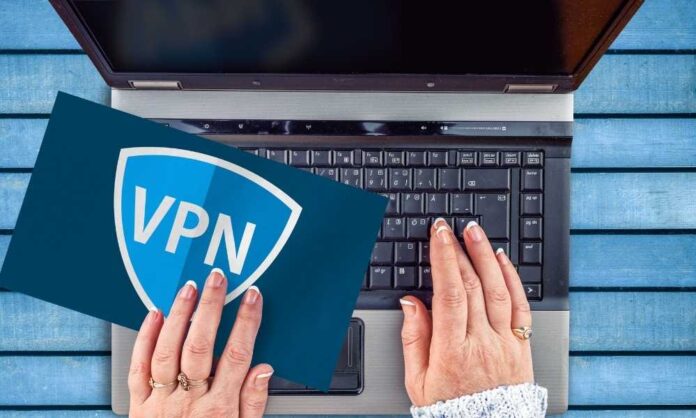 There are very few things more frustrating than waiting for pages to load when browsing the internet. When you consider that many people tend to open many tabs at once, use the internet for work, or download several files, a slow internet connection can make life difficult for someone.

People using VPNs sometimes wonder if the VPN they are using could slow down the internet connection. The answer to the question – depends on the type of VPN you are using. Good VPNs slow your connection by a margin so small you wouldn’t even notice it. Interestingly, good VPNs can sometimes increase your connection speed. We’ll explain all these in detail below.

How Does Using A VPN Affect Internet Speed?

VPNs work routing your traffic through their servers and become a “middleman” between you and the sites you visit. This, combined with a high level of encryption, allows VPNs to keep you anonymous, protect your data, and do all the other things that make us love VPNs so much.

Three major factors determine how VPNs affect your internet speed, and they are:

Perhaps the most crucial determinant of how a VPN affects your internet speed is the location of the server you are connecting to. As a rule of thumb, the closer the server is to your site, the faster your internet connection will be. This is because your internet traffic travels a shorter distance. So, ideally, you should choose servers that aren’t too far from your city or country.

VPNs encrypt your data, protecting it from hackers and shoppers. The quality of the encryption may also affect your internet speed. VPNs that use the highest quality encryption may experience lags since it takes time to encrypt and decrypt data. However, the lag shouldn’t be significant if your internet connection is strong.

The number of users connecting to server matters. When there are too many users on a server, internet speed drops. However, you’ll never experience server overload if you use a premium VPN like iTop VPN. The problem is common with free VPNs that connect several users to a few servers hoping that some users will become paying users.

Premium VPNs automatically connect you to servers that will optimize your internet speed. And they are available for different platforms. VPN for Mac is different from VPN for windows. The same applies to other platforms like iOS, Android, and Linux.

Your ISP may decrease their internet speed at certain times of the day or perhaps for specific websites. This puts a limit on the speed of your internet connection. Good VPNs can be your knights in shining armour in this situation as they route your traffic through a virtual private network. The result? You evade the speed limitations set by your ISP.

VPNs can also increase your internet speed by helping you route your internet traffic through the fastest channels. Your ISP may not be concerned about providing you with the most efficient routing.

If your internet speed is slow, there are practical steps you can take to resolve the problem. Here they are:

Restart Your Modem or Router

Sometimes, the solution to your internet speed problems is as simple as restarting your modem or router, which could be performing poorly due to memory leaks and other issues. Restarting your modem or router may be the breath of life it needs to work correctly again. Remember to not use VPN on both your router and device. It’ll only tank your internet speed further. Use your VPN on either your router or device.

Wireless networks are great but sometimes cause low speeds if many devices are connected to a single network. Using a wired connection may give your faster speeds.

Ensure you are using a VPN known for its speed. It’s even better if the VPN has advanced security settings and other features that allow you to modify your VPN speed. Try different internet protocols such as UDP and TCP. Both can increase your internet speed depending on the situation.

Also, stay away from free VPNs. Everybody likes freebies, but free VPNs are more likely to reduce your internet speed. They also provide less stability and security. Your data is also sold to advertisers. They have to make money somehow, after all.

In most cases, VPNs, at least good VPNs, won’t cause a significant decrease in your connection speed. If the rate is low, then the problem is most likely from your ISP, and a good VPN can even increase speed in this situation. Use good VPNs, and you’ll enjoy both speed and security. What more could you ask for?

Check out: Why Do You Need to Use a VPN Service?