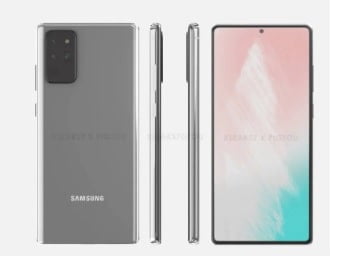 Samsung Galaxy Note 20 ultra has been part of the rumor mill for quite a while, and previous sources indicate the release in August of this year. A tipster now claims the Galaxy Note 20 Ultra’ variant will feature a 120Hz refresh rate and QHD+ resolution LTPO OLED display screen.

The Galaxy Note 20 Ultra is also tipped to come with a “new camera function” and a “new S Pen.” The tipster has also shared the presumed live images of the front panel of the mobile phone, which seem pretty similar to that of the Galaxy Note 10 +, released in 2019.

The tipster posted the design on Friday, who goes on Twitter under the name Ice Universe. According to the Twitter post, the unannounced Qualcomm Snapdragon 865 + SoC will power the Samsung Galaxy Note 20 Ultra.

The post adds that the phone will come with a new S Pen along with the latest “features.” As mentioned above, the tipster claims that the Galaxy Note 20 Ultra variant will sport a 120Hz refresh rate and QHD+ resolution LTPO OLED display. Finally, the tipster ‘s latest Twitter post includes the supposed live images of the front panel of the mobile phone but doesn’t reveal the back panel. The phone’s said to have a new “camera app,” unfortunately, the specifics are secret.